Realme is all set to launch a new smartphone this year. The upcoming handset features Android 8.1 Oreo OS, 4GB RAM, dew-drop notch design, MediaTek Helio P70, and a 4230mAh battery. Additionally, the company is planning to add a 48-megapixel camera. Read more to find about Realme 3 Price in India, Specifications, and Features 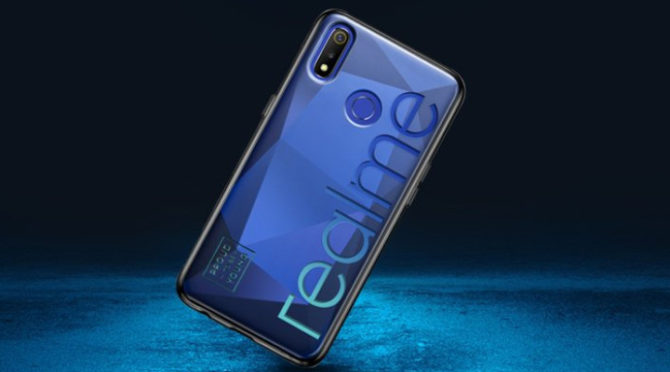 The Realme 3 will be launched in India on March 4. It will be exclusively available in the country via Flipkart. As of now, there is no information about the price.

According to the recent leaks, the upcoming handset is powered by an octa-core MediaTek Helio P70 processor (made with 12nm FinFET process technology) with AI engine and GPU acceleration with gaming mode. On Geekbench, it managed to score 1560 in single-core performance tests and 5926 in multi-core performance tests.

Additionally, the Realme 3 will run Android 8.1 Oreo operating system out-of-the-box. It is likely to come with Oppo’s VOOC charging technology (supports up to 5V 4A charging). However, the company might save this feature for Realme 3.

In terms of design, the Realme 3 might feature a dewdrop display notch for a higher screen-to-body ratio. We might also see an improved dual-camera setup (on the back) and a bigger battery. The handset will include a 48-megapixel camera sensor.

Whereas the Realme 2 Pro is backed by a 3,500mAh battery (down from 4,230mAh battery on Realme 2). The dual camera set up at the back (horizontally stacked) features a 16-megapixel primary 1/2.8-inch Sony IMX398 sensor (1.12-micron pixel size, 6P lens, and f/1.7 aperture) and a 2MP secondary sensor. The 16-megapixel front camera comes with f/2.0 aperture and AI Beauty 2.0. The smartphone also supports AR stickers. AI features include a portrait mode, multi-frame noise reduction, and scene recognition.