Samsung has announced a new Exynos 9 series mobile processor. The Samsung Exynos 9810 chipset is built on the 10nm process. The company is expected to launch the new chipset with its flagship smartphone next year (most likely Galaxy S9). Read more to find about Samsung Exynos 9810 Chipset Availability and Features 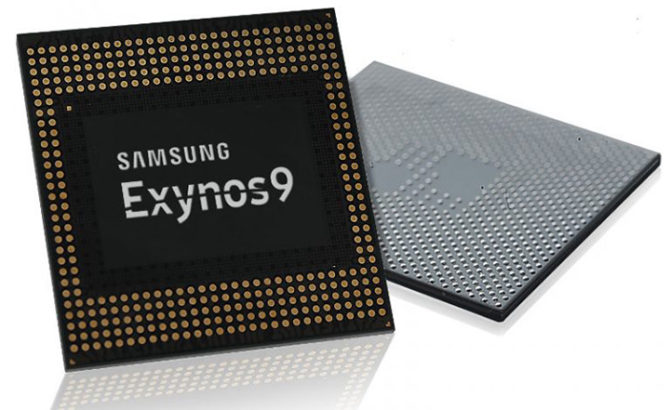 Samsung is expected to launch the new Exynos 9 Series processor with its next flagship smartphone, the Galaxy S9. The new chipset could go on sale in early 2018.

The new Samsung Exynos 9 series processor is the company’s first chipset built on the 10-nanometer FinFET process technology. It is powered by the company’s third-generation custom CPU cores and an upgraded GPU (might feature Mali-G72 GPU instead of Mali G-71). The GPU based on Bifrost architecture promises up to 40 percent improvement in performance.

Additionally, the new Exynos 9810 chipset comes with support for Gigabit LTE modem. Samsung claims that the new processor will offer industry’s first 6CA (carrier aggregation) support. The LTE Cat.18 6CA-supported modem offers maximum download speed of up to 1.2Gbp (Cat.18). Samsung claims that it has worked closely with Anritsu (a telecommunication measuring instrument provider) for the modem. It offers 20 percent improvement in maximum downlink speed. Users will be able to download a full-length HD resolution movie within 10 seconds.

Also read: Samsung Galaxy A5 (2018) Spotted On FCC With Infinity Display – Here’s All We Know

Samsung is not known for resting with its technology. Apart from new processing power, the company is also focussed on bringing design innovations. It is expected to retain its Infinity Displays and compact factor on upcoming Galaxy S9/ S9+ smartphones along with some enhancements.