Samsung Mobile Indian launches the Samsung Galaxy Grand with a 5 Inch Display which is bright and clean 16 Million colours capacitive touchscreen with 480×800 Pixels resolution. It is a Dual SIM Phone which uses two regular size SIM cards. It has quad-band GSM support and tri-band 3G network support.  It is 9.6 mm slim and weighs about 162 grams. The pricing is quite competitive at Rs. 21500 with the street price expected to be close to Rs. 20,000 when it hits the market towards the end of January 2013. As an introductory offer, Samsung is offering a free Flip cover in the box and content worth Rs. 8,000 in the My Services application on the phone. It also comes with free data plan of 2GB per month for 2 months on Vodafone India network.

The Galaxy Grand is powered by a 1.2 GHz Dual core processor and has 1GB of RAM. It has 8GB internal memory which can be further expanded by 64 GB by adding a microSD card. It supports up to 21 Mbps HSDPA protocol with high speed WiFi bgn along with hotspot functionality. It runs latest Android OS 4.1.2 which is jelly bean out of the box. 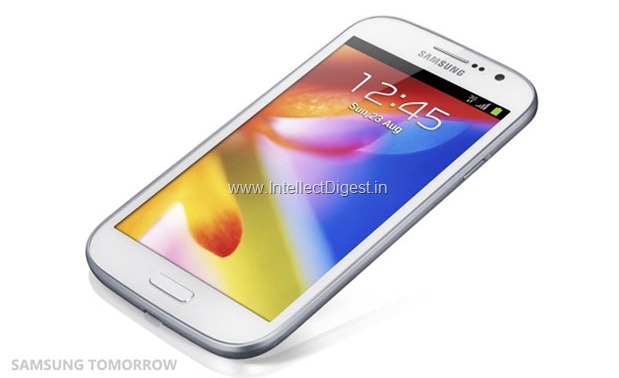 Talking of the camera support, it has a 8 Megapixel autofocus camera with LED flash at rear with image stabilization, geo-tagging, face detection and touch to focus features. The rear camera can record HD videos of 1080p at 30 FPS. The front camera is also HD with 2 Megapixel resolution.

To support this powerful device, there is a large battery of 2100 mAh which provides the much needed juice to the Galaxy Grand. 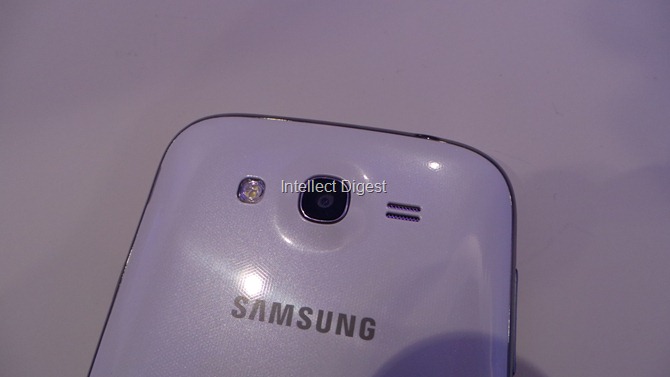 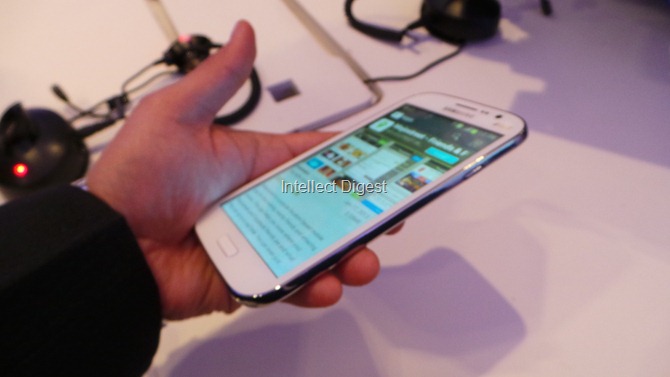 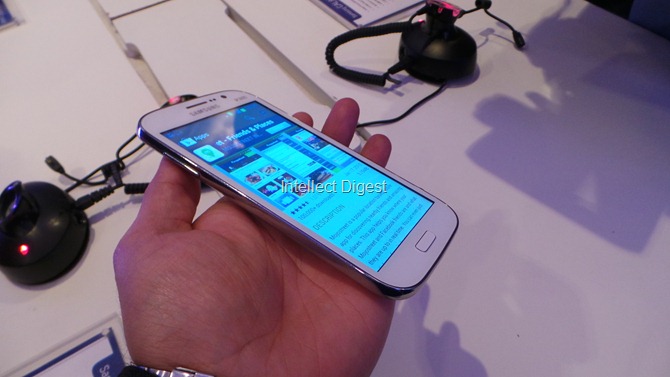