Samsung has launched yet another Galaxy M-Series smartphone in India. The Samsung Galaxy M30 joins the Galaxy M20 and Galaxy M10 (launched in January this year). It comes with a 6.4-inch Super AMOLED display, triple rear cameras, and a 5,000mAh battery with fast charging support. Read more to find about Samsung Galaxy M30 Price in India, Specifications, and Features 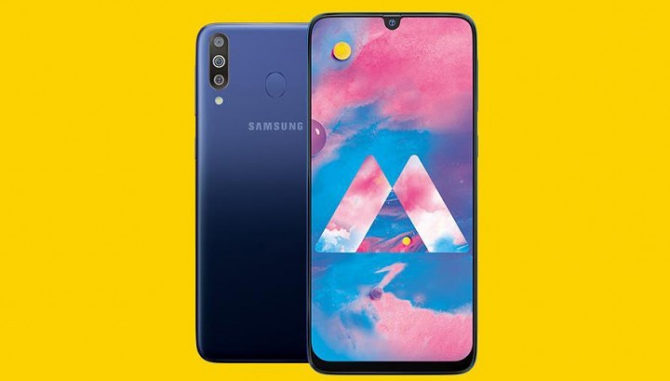 The Samsung Galaxy M30 is priced in India at Rs 14,990 for the 4GB RAM/ 64GB internal storage. The 6GB RAM/ 128GB storage model comes with a price tag of Rs 17,990. The new handset comes in Gradation Black and Gradation Blue color options. It will be available in the country via the Samsung e-shop and Amazon.in from March 7.

The new handset is powered by an octa-core Exynos 7904 processor and 4GB/ 6GB LPDDR4x RAM. The 64GB/ 128GB internal storage can be further expanded via a microSD card (up to 512GB). The 5,000mAh battery supports fast charging via the bundled 15W charger.

Recently launched Galaxy M20 and Galaxy M10 smartphones were a complete sell-out on Amazon India. Both devices made a new first-day sale record for the South Korean tech giant. It remains to be seen if the Galaxy M30 will be able to repeat the success of its siblings.