Samsung Galaxy Mega 6.3 launched in India this summer is the first smartphone to be arrive in India with 6.3-inch screen size. Taking the term big screen to a new level Samsung has been trying to justify the screen size with additional features packed with the device. We got the device and did a in-depth review which can be read below. 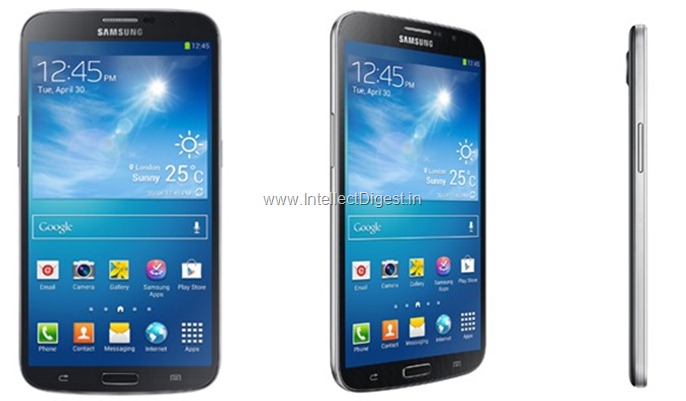 Samsung Galaxy Mega 6.3 has 6.3 inches in front packed in a usual plasticky body. The design looks a lot similar to the Galaxy S4 with brushed metal edges and similar back and even the placement of keys. We shot an unboxing video which can be watched below.

Samsung Galaxy Mega 6.3 features a 8MP rear camera which shoots up to 3264×2448 resolution pictures and up to full HD videos. It comes with a LED flash and autofocus functionality along with a secondary camera of 1.9MP which itself is capable of recording 720p.

Hardware specifications on the Samsung Galaxy Mega 6.3 looks very good on paper. It is powered by a Qualcomm Snapdragon Dual-core 1.7GHz S4 processor having 1.5GB of RAM. It comes with 16GB internal memory with support for external microSD card up to 32GB. It has a massive 3250mAh capacity battery which keeps the big screen alive for a day on normal usage with up to 17 hours of 2G usage and 10 hours of 3G usage. It also has a IR blaster which has the same use case as on Samsung Galaxy S4.

Samsung Galaxy Mega 6.3 runs the latest Android 4.2.2 mobile operating system with Samsung custom UI interface called as TouchWiz. TouchWiz on Android 4.2.2 has been improved a lot when compared with the earlier versions. They is nothing new in interface apart from the lock screen widgets and user accounts and expanded notification center.
Apart from this Samsung has also bundled some of the features of Galaxy S4 on this device like the story album, S services, Watch on, smart stay and air view.

Samsung launched the Galaxy Mega 6.3 for the MRP of Rs. 31,500 but it comes for Rs. 28,845 from Flipkart and other e-commerce retailing online sites or at the leading retail stores across the country.

6.3 inches for a smartphone is undoubtedlty very big. It is not even fit for pocket. One cannot use it single handed whatsoever application even considering basic calling. But still people want it for its big screen which acts as a entertainment hub for them. Having such hardware definitely gives a decent performance but still dual is now going backwards. We hope Samsung will support their new Mega category with software upgrades so that the customers can see a benefit buying them.