The Galaxy Note 9 will be officially launched on 9th August 2018. The handset has been subjected to frequent. Now a new Samsung Galaxy Note 9 leak has surfaced in regard to color variants. 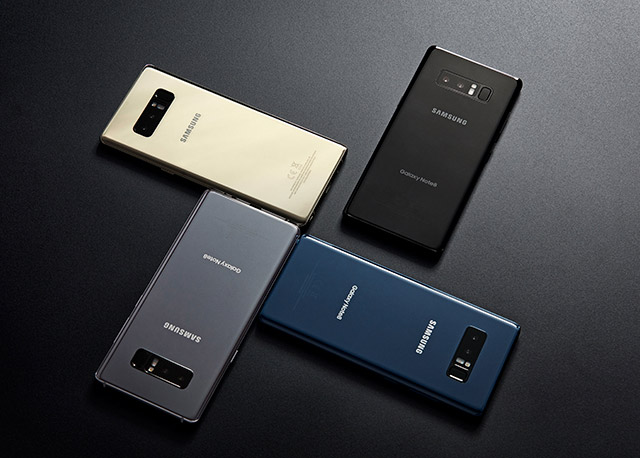 The leak appeared in Geekbench. It reveals that the handset will sport a brown back panel. A gold variant could also arrive. and a gold-colored S-Pen too.

Published in Mobile Review.com, the author has revealed that the handset won’t have Bixby 2.0. It will have a more ‘mature’ version of the voice assistant. The handset’s design is similar to that of the Galaxy Note 8.

The smartphone’s front panel is similar to the Note 8’s 6.4-inch curved Infinity Display with 18:5:9 aspect ratio. It has dual-rear cameras aligned horizontally, with fingerprint sensor below the module. Face and Iris scanner is also there.

The report also mentions that the handset will be packed with a 4000mAh battery. This has been mentioned by earlier leaks as well. It is being alleged that the S Pen will be completely reworked, with Bluetooth support and new work modes.

This hints that the launch date is coming soon within a month or two.

Twitter user Ice Universe has stated that the smartphone will have a 4000mAh battery, which is 700mAh more than the Galaxy Note 8’s battery.

Meanwhile, AllAboutSamsung has revealed another leak. The handset will allegedly have various color variants. It will come in five options– Black, Blue, Brown, Gray, and Lavender.

Powered By An “Upgraded” Qualcomm Processor

The Bloomberg report hints certain design features of the handset. It will be powered by an “upgraded” Qualcomm processor. The company will hold an “Unpacked” event in New York. The speculated date is 9th August.

Samsung hasn’t revealed any official information regarding this. Ice Universe had earlier leaked out accurate specs of the Galaxy S9 and Galaxy Note 8.

There has been another Samsung Galaxy Note 9 leak in Weibo, where live images of the screen protector have been revealed. They reveal an almost bezel-less design and the presence of multiple sensors, one of which could include a new 3D facial recognition one.

Samsung Galaxy Note 9 Fingerprint Scanner: What Does The Patent Talk About?

According to the patent, the Galaxy Note 9 fingerprint scanner will be an in-display component. The patent was found by online publication 91 Mobiles. Moreover, it reveals that the company will probably enable us to place our fingerprint on the bottom half of the display to unlock the smartphone.

The patent reveals that the smartphone can facilitate the AMOLED display’s light-emitting properties to alter the brightness around where we will touch.

So basically the smartphone will track our fingerprint and figure if its right person or not. The Galaxy Note 9 fingerprint scanner will probably be very similar to the one in Vivo X20 Plus UD. It is widely known that the South Korean company has been experimenting with in-display technology for quite some time. There have been speculations that the company wanted to include it on the Galaxy S8, Galaxy Note 8 and Galaxy S9 ranges. But the tech wasn’t prepared for these devices.

Samsung hasn’t officially revealed anything about the Galaxy Note 9 fingerprint scanner. But Samsung could implement it, as many handsets already have this kind of tech.

It is widely expected that the Galaxy Note 9 will have an in-display fingerprint scanner. But the company could take its time and perfect the tech. Moreover, it could very be implemented in the Galaxy S10.

Recently even the specifications of the Galaxy Note 9 were leaked online. According to the leak, the smartphone will have a larger display compared to its predecessor. Moreover, it has also been suggested that the Samsung Galaxy Note 9 will be built with a 6.4-inch AMOLED display. The display will be with an 18.5:9 aspect ratio. Moreover, the leak also reports that the smartphone will go big on the battery. This means that the smartphone could be equipped with a 3,850mAh or 4,000mAh battery pack. The smartphone is expected to be powered by a Snapdragon 845 SoC chipset, with 6GB of RAM and run by Android 8.1 Oreo. 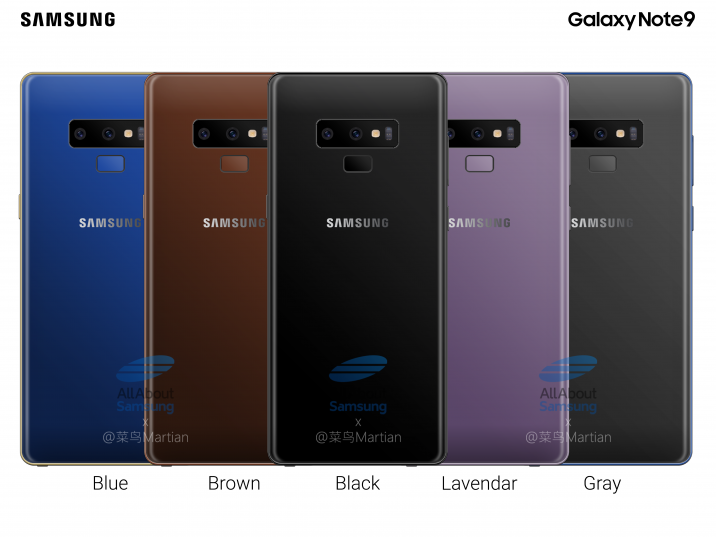