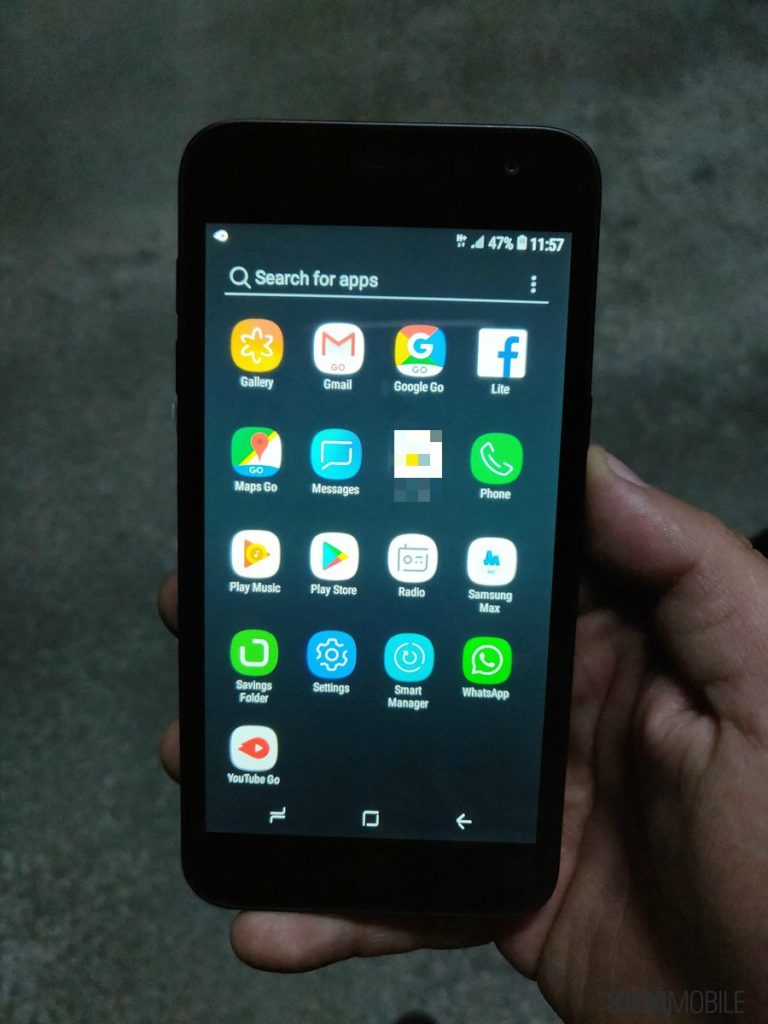 The images were leaked by SamMobile.

The handset doesn’t seem to have any thin bezels. It doesn’t have a wider aspect ratio also. There is a batch of Google’s Android Go apps. It shows Android 8.1 version to state that it is an Android Go device.

Those images also show that the smartphone runs Samsung Experience UX rather than stock Android.

The company hasn’t said anything about this device yet. Publication Techie Drive has leaked an image which shows specs of the smartphone.

The handset will sport a 5-inch Super AMOLED display. It will be powered by a 1.4GHz quad-core Exynos 7570 SoC. This will be paired with 1GB RAM. There will be 16GB inbuilt storage, 8MP rear camera sensor, 5MP selfie shooter, and a 2600mAh battery.

Being Tested In European, Asian, And Latin American markets

According to SamMobile, the handset is being tested in the United Kingdom, Uzbekistan, Caucasus Countries, Germany, Italy, Ukraine, Russia, Kazakhstan, France, and Poland. Another model number is also being tested in Argentina, Bolivia, Chile, Colombia, Trinidad and Tobago, Peru, Panada, and Paraguay. The company is testing model number SM-J260G in Asian markets including, Cambodia, Thailand, Singapore, Malaysia, and Vietnam.

Android Go is an optimized version of Android for smartphones with 1GB or less RAM. It is for upcoming markets. It comes with apps that have been made compatible to consume less RAM and space.

Since its launch, many smartphone manufacturers like Huawei, Nokia, and Asus have already launched their Android Go handsets. Now the Samsung Android Go smartphone revelation shows that the tech giant is ready to follow the trend.

The Samsung Android Go smartphone was earlier seen on Geekbench as SM-J260G. It was also seen filing a trademark application with the Korean Intellectual Property Office. It is rumored to be the Samsung Galaxy J2 Core.

Recent speculations state that the handset is the company’s aim to put its footmark in the entry-level Indian smartphone market.

A recently listed trademark has surfaced which proves that the company will name its Android Go smartphone, the Samsung Galaxy J2 Core.

Now a Sammobile report has stated that the Samsung Android Go smartphone work is aimed for India, Nepal, Bangladesh and Sri Lanka. The report also hints that the company is focusing on India as Samsung is finding it hard against companies like Xiaomi and Asus in the budget segment.

Right now, Samsung is using Tizen OS for handsets with less than 1GB of RAM. It hasn’t proved to be a success among customers. Post Google’s Android Go launch, the company has realized the need to join the trend, as the OS is good and meets the needs.

Recent leaks also hint that the device will be powered by a quad-core CPU and will run on 1GB RAM. 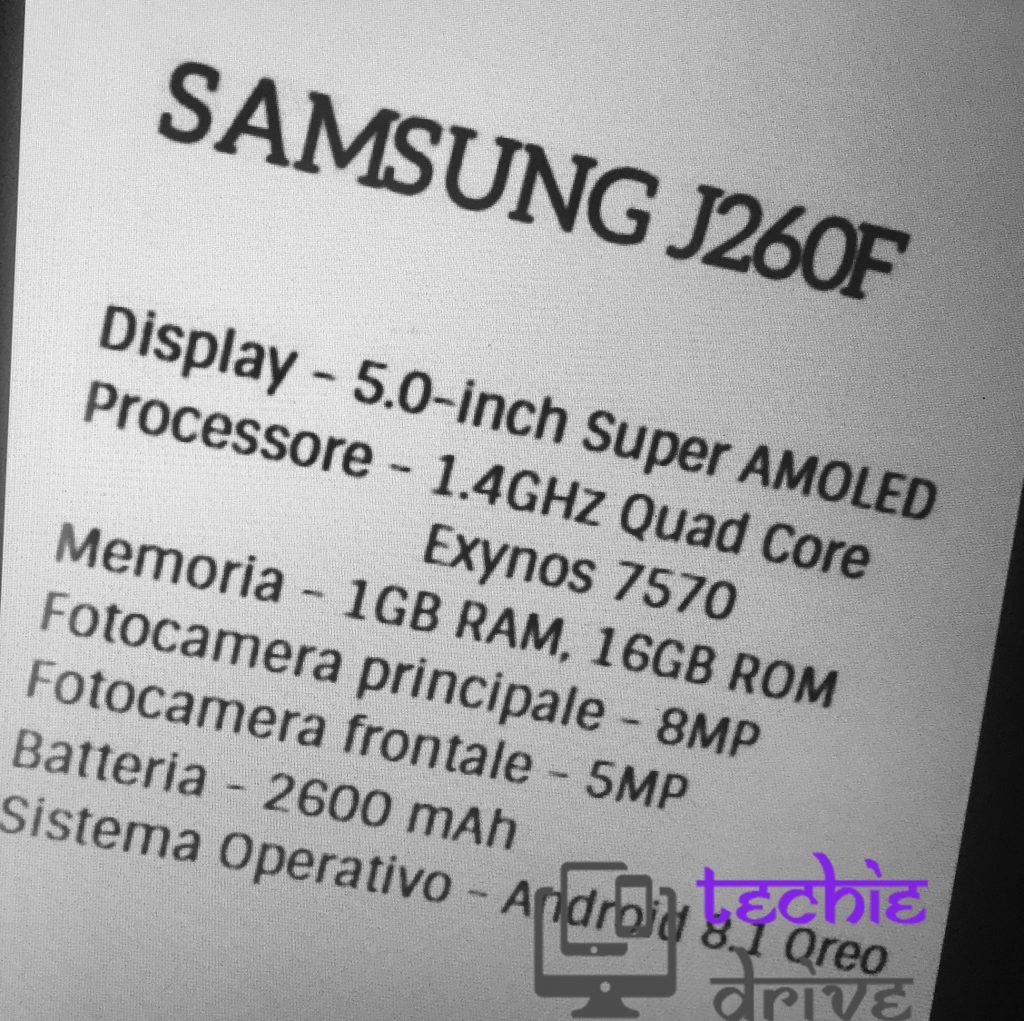