Huawei sub-brand Honor will soon be launching the next handset of its Note series. Huawei has confirmed that the Honor Note 10 launch will be happening soon. The handset has been in development for two years. 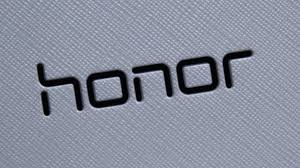 Honor Note 10 is predicted to feature the GPU Turbo tech.

The Honor Note 10 launch was confirmed by Honor president George Zhao on 4th July 2018 via Weibo. Details regarding price and specs are not yet known.

There have been reports about the Honor Note 10 launch, that it has been codenamed Ravel and could have a 6.9-inch display.

Recently, even the Honor 10 GT was launched.

Article Name
Honor Note 10 Launch Confirmed By Company President
Description
Huawei sub-brand Honor will soon be launching the next handset of its Note series. Huawei has confirmed that the Honor Note 10 launch will be happening soon. The handset has been in development for two years.
More related stories below: