Samsung Galaxy S5 announced at MWC 2014 in Barcelona. And at that time Samsung also reported that it will make available Samsung Galaxy S5 at unpacked event on April,11. But an online retailer in India Sohalic already listed the device on its website and priced it around INR 45,500. In addition, the online retailer is ensuring that it will deliver the device on 8 March with a promise of guaranteed delivery on time otherwise Sohalic will pay if they made delay in delivering. 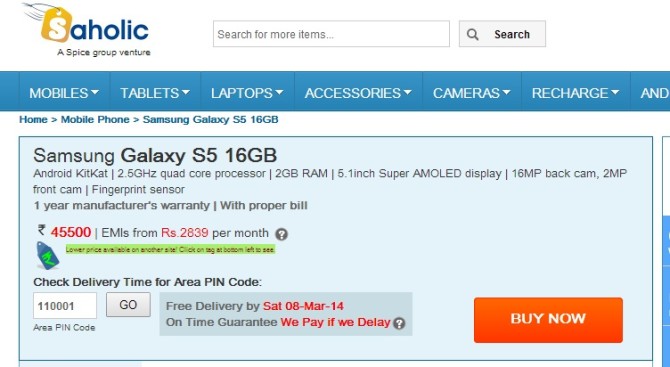