Samsung is all set to launch a new tablet. Several details of the Samsung Galaxy Tab S4 have been leaked online. It is expected to come with a 10.5-inch display, Android Oreo OS, and 7300mAh battery. The upcoming tablet might ditch a fingerprint sensor. Read more to find about Samsung Galaxy Tab S4 Price in India, Specifications, and Features 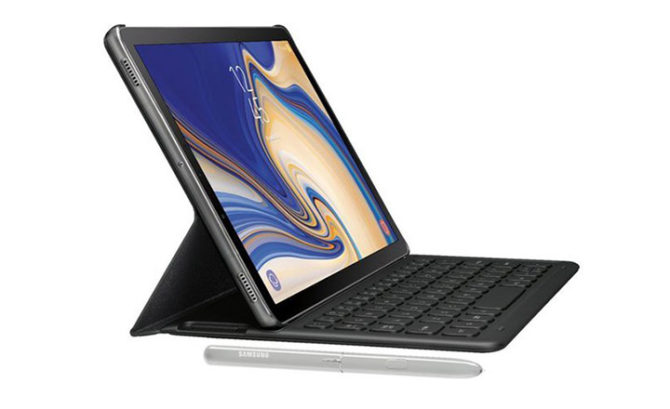 As per latest leaks and rumors, the Galaxy Tab S4 is expected sport a 10.5-inch display with 16:10 aspect ratio and resolution of 2560 x 1600 pixels. It is rumored to be powered by a Qualcomm Snapdragon 835 processor along with 4GB RAM and 64GB of internal storage.

In terms of optics, the upcoming tablet will sport a 13MP rear camera and an 8MP front camera. It is said to be backed by a 7300mAh battery.

The Samsung Galaxy Tab S4 is likely to run Android 8.1 Oreo operating system with Samsung Experience UI. Connectivity options will include Bluetooth 5.0, an iris scanner, and support for Samsung DeX.

As per latest reports, the upcoming tablet might also ditch a fingerprint sensor for a slimmer design. It will be launched in Black, White, and Grey color options.

Since Samsung has not confirmed any details yet, the above-mentioned details must be taken with a pinch of salt. We will know more on August 1. What do you think of the Galaxy Tab S4? Will you go for it? Let us know in the comments section below.