Japanese company Sharp has launched its second Android One smartphone, the X1 in Japan. Earlier, the company had launched its Aquos 507SH in its homeland. It was the first device that was made in collaboration with Google. What features is the new device packing? Read more to find about Sharp X1 Android One Price in India, Specifications, Features 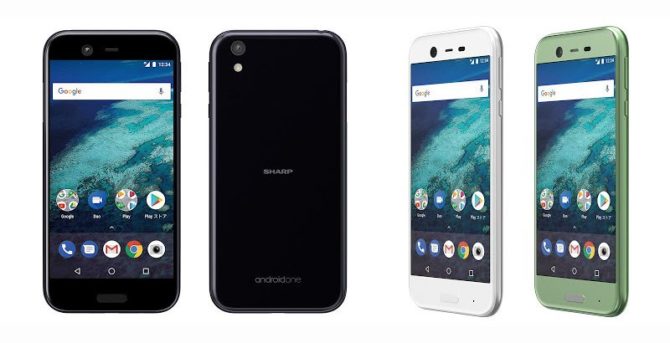 The Sharp X1 is priced at JPY 70,524 (approx Rs 40,500). It comes with 18 months of guaranteed Android updates from the company. It is most expensive Android One smartphone yet. Still, the mid-range smartphone does not offer competitive specs for a premium segment device. It is unlikely that the new smartphone will be officially made available in India.

The Sharp X1 sports a 5.3-inch IGZO LCD display with full-HD (1920 × 1080 pixels) resolution. It is powered by a Qualcomm Snapdragon 435 processor along with 3GB of RAM and 32GB internal storage. The storage can be further expanded up to 256GB using a microSD card. It runs Android 7.1 Nougat Operating System.

On the camera front, the Sharp X1 sports a 16.4-megapixel rear camera with LED flash. There’s also an 8-megapixel front camera for selfies. It is backed by a 3900mAh battery, which can be charged fully in just 3 hours. The company claims that it can last up to four days on a single charge (in standby mode).

Also read: Here’s All We Think We Know About The iPhone 8

The Sharp X1 comes in three color options – White, Mint Green, and Dark Purple. It is dust and water resistant. Also, a fingerprint sensor is embedded into the home button. Google will offer Android updates for the Sharp X1 for at least 18 months.

While there is no sign of a new Android One smartphone in India as of now, it is a good sign that Google is continuing with the initiative. However, the new device is way costlier than the other Android One devices, which goes against the motive of the program.

The Android One program was started by Google to bring stock Android experience at affordable prices. The price and specs combination of Sharp X1 is quite disappointing. It is not clear where the new smartphone fits. Does the new device attract your attention? Share with us in the comments section below.