Sony has launched a new all-in-one camera in India. The Sony RX10 IV comes with superzoom functionality and a 20.1-megapixel sensor. It is a slightly upgraded version of Sony RX10 III. Read more to find about Sony RX10 IV Price in India, Specifications, and Features 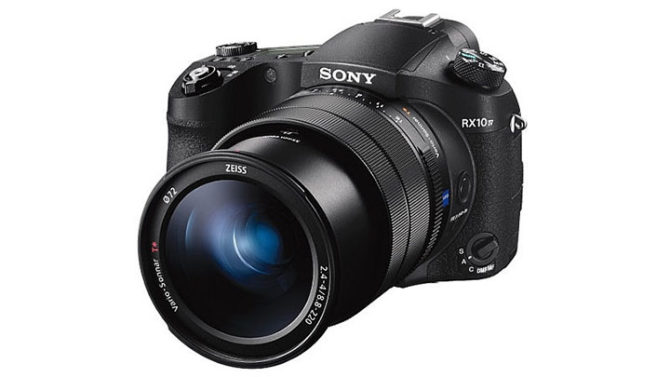 The Sony RX10 IV is priced in India at Rs 1,29,990. It will be available from October 14 at Alpha flagship stores and major electronic outlets.

The new autofocus system on Sony RX10 IV features 315 phase-detection points which work with the company’s High-density Tracking AF. It can focus in just 0.03 seconds. The new camera offers a continuous shooting speed of 24fps (frames per second) along with autofocus and exposure.

Sony claims that combination of ‘world-leading 0.03-s AF speed by the [20.1-megapixel] 1.0-type Exmor RS CMOS image sensor provides fast, accurate autofocusing at all times.’ It delivers up to ISO 12800 along with 40x super slow motion, an Anti-Distortion shutter, and UHD 4K video.

Additional features include a new silent electronic shutter which allows you to take stills without making any noise. The 3-inch display comes with a higher 1440K-dot resolution. It also supports touch input. The robust magnesium-alloy body design of the new camera can endure harsh environments. It is both dust and moisture resistant.

The new camera retains most of the form factor and hardware of its predecessor. Sony claims that the new camera is aimed at users who want to ‘capture more stunning stills and movies at every opportunity.’ The new camera is offering exciting features at an expensive price. We will have to wait and see how it performs in real-world situations.