Sony is expected to launch four new smartphones at MWC 2019. This includes the Xperia XZ4, Xperia XA3 (as Xperia 10), Xperia XA3 Ultra (as Xperia 10 Plus), and Xperia L3. Now, several details of the Xperia L3 have surfaced online. Read more to find about Sony Xperia L3 Price in India, Specifications, and Features 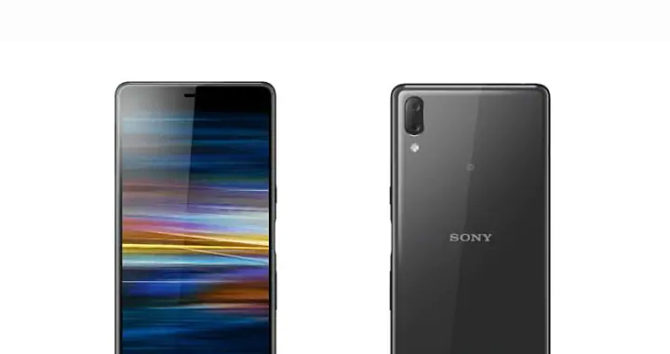 The Sony Xperia L3 is expected to be launched on February 25. It is tipped to be priced at EUR 199 (approx Rs 15,900). As of now, there is no information about the Indian price and launch date.

According to recent leaks and rumors, the Sony Xperia L3 sports a 5.7-inch LCD display with 18:9 aspect ratio and a resolution of 720 x 1440 pixels. It has been spotted with a glossy grey back panel, 3.5mm audio jack, USB Type-C port, and a side-mounted fingerprint sensor.

The dual camera setup on the back will include a 13-megapixel primary sensor and a 2-megapixel secondary sensor. For selfies and video calling, the handset will sport an 8-megapixel front camera.

In terms of performance, the upcoming handset is expected to be powered by a MediaTek processor (similar to Sony Xperia L2) and 3GB RAM. The 32GB internal storage can be further expanded via a microSD card slot.

The Sony Xperia L3 is tipped to be backed by a 3,300mAh battery. It will come in three color options – Silver, Grey, and Gold.

In terms of specifications, the Sony Xperia 10 model is said to sport a 6.0-inch display with full-HD+ (1080 x 2560 pixels) resolution and 21:9 aspect ratio (termed as Cinemwide). It will be powered by a 1.8GHz octa-core Qualcomm Snapdragon 630 processor along with 3GB RAM and 64GB internal storage.

In terms of optics, the upcoming handset is tipped to sport a dual camera setup on the back. It will combine a 13-megapixel primary sensor and a 5-megapixel secondary sensor. Camera features include 4K video recording. For selfies and video calling, the handset will come with an 8-megapixel front camera.

Additional features on the device will include HiRes Audio support, a 2,870mAh battery, and a 3.5mm headphone jack.

On the other hand, the larger variant is expected to sport a 6.5-inch display with full-HD+ resolution and a 21:9 CinemaWide aspect ratio. It is said to be powered by a 2.2GHz Snapdragon 660 processor along with 4GB RAM and 64GB internal storage (expandable).

In terms of optics, the upcoming handset is tipped to sport a dual camera setup on the back. It will combine a 12-megapixel primary sensor and an 8-megapixel secondary sensor. The primary sensor is claimed to be of higher quality than the sensor on the Xperia X10.