Sony has finally announced its new flagship smartphone, the Xperia XZ3. The successor to the Xperia XZ2 comes with minor upgrades. The highlight of the device is its curved OLED display with Side-Sense feature (similar to Active Edge feature on HTC and Pixel phones). Read more to find about the Sony Xperia XZ3 Price in India, Specifications, and Features 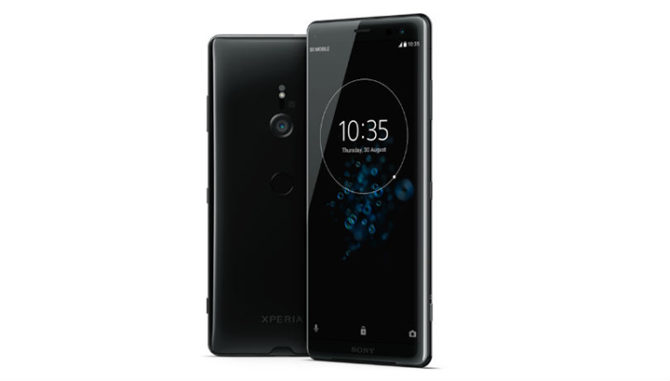 The Sony Xperia XZ3 is priced at $899.99 (approx Rs 63,700). It will be available in the US on October 17. Pre-orders start on September 24. The company is also offering a free pair of Xperia Ear Duo headphones to customers who pre-order the new device.

The Sony Xperia XZ3 sports a 6.0-inch dual curved OLED display (similar to the Galaxy S and Note series smartphones) with QHD+ resolution and HDR support. It is powered by an octa-core Qualcomm Snapdragon 845 processor and 4GB RAM. The 64GB internal storage can be further expanded via a microSD card slot.

The new handset is backed by a 3,300mAh battery with fast charging support.

The Sony Xperia XZ3 runs the latest Android 9.0 Pie operating system out-of-the-box. The Side-Sense feature can be triggered by double tapping the side of the device (similar to Active Edge feature on HTC and Pixel phones). A circular fingerprint scanner is placed at the back. Connectivity options include Bluetooth 5.0, GPS, NFC and Wi-Fi 802.11ac.

The successor to the Xperia XZ2 comes with minor upgrades. It comes with a slightly taller display and thinner bottom bezels. The handset features front and back glass design with Corning Gorilla Glass 5 protection. It comes with 7000-series aluminum frame. The new smartphone comes with IP68 certification (water and dust resistance). For audio, it sports dual front-facing stereo speakers.

The Sony Xperia XZ3 will be available in both single SIM and dual SIM options. It comes in four color options – Black, White Silver, Forest Green and Bordeaux Red.

Also read: Sony IMX586 Sensor Brings 48MP To Smartphones – How Does It Work?

As of now, there is no information about the Indian launch date or price. What do you think of the new Sony Xperia XZ3? Will you purchase the upcoming Sony smartphone? Let us know in the comments section below.