Another Sony Xperia XZ3 leak has surfaced online. It was spotted on certification portal GFXBench. The smartphone will be powered by Qualcomm’s Snapdragon 845 SoC. 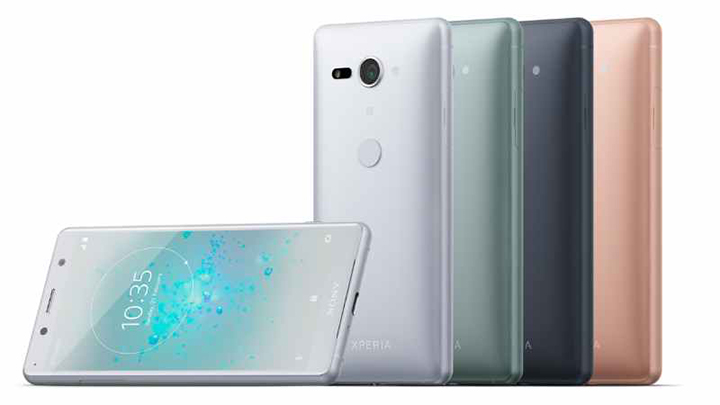 The handset will be powered by an octa-core Qualcomm SoC clocked at 2.7GHz. It will be paired with an Adreno 630 GPU.

The handset’s specifications have been leaked by Chinese website Simahoinfo. It displays that the smartphone is dual-SIM supported. 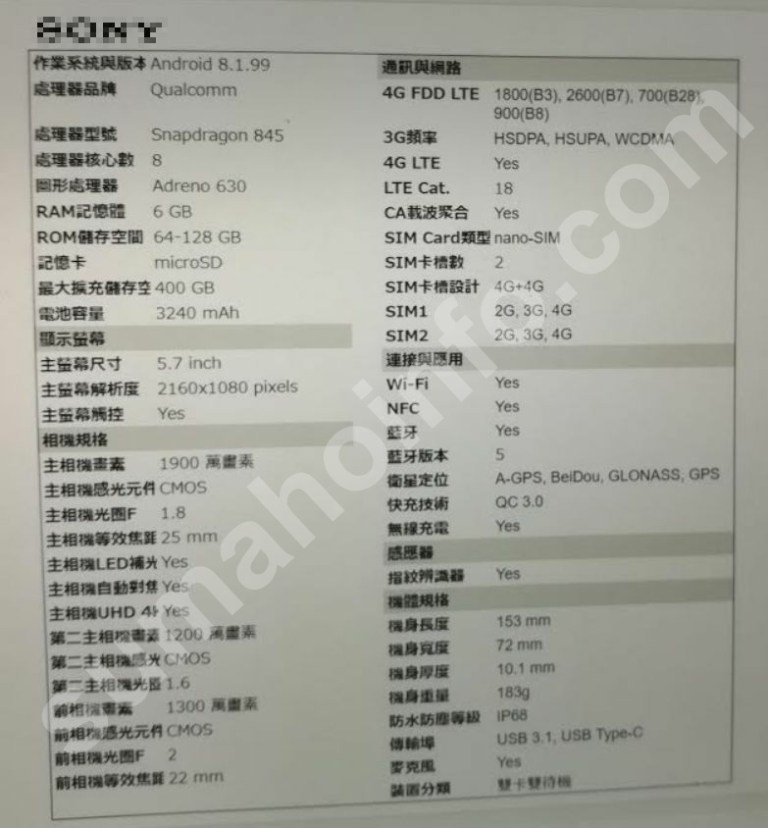 The Sony Xperia XZ3 leak image states that the handset will have two variants– 64GB storage and 128GB storage. Storage will be expandable via microSD card (till 400GB).

In terms of connectivity, the XZ3 will support 4G LTE, Wi-Fi, Bluetooth v5.0, GPS/ A-GPS, NFC, and USB Type-C. The handset will also be powered by a 3240mAh battery. It will support Qualcomm Quick Charge 3.0. The Xperia XZ2 just had a 3180mAh battery.

The handset is also 15 grams more in terms of weight than its predecessor. The XZ2 weighed 198 grams.

Sony Xperia XZ3’s price hasn’t been revealed yet, but it could be done soon.