Sony posted a tweet on its Sony Mobile News handle, tells, rolling out a firmware update for its high end devices like Sony Xperia Z, Sony Xperia ZL and Sony Xperia ZR. The firmware update will bring improvements in performance like better Bluetooth connectivity, YouTube app improvement and improved battery life and some other minor software updates too. Sony also confirmed on its blog that as Sony Xperia ZL in Singapore started getting update right now. And it’s not sure when it will be available widely. Because the rolling out is so slow that it will arrive in weeks in the other parts of the world. 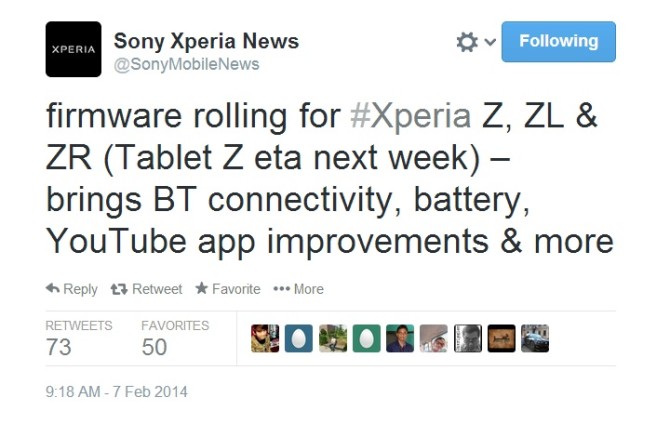 If your Xperia device started getting update then let us know in comment section.

In addition, if your device has not notified you about the update automatically. Then you can also check it out manually.

Just go to Setting> About Phone> Software update. It will check for update.