Sony was the centre of attraction at the CES 2013 and it made sure it did not get left out at the MWC 2013 as well. With most of the companies not showing their flagships at the MWC, Sony went on to showcase what they had with them in the tablet department. Sony unveiled the Xperia tablet Z and it will be the company’s flagship tablet from now on. And yes, it borrows a lot of things from the smartphone sibling, the Xperia Z.

Xperia tablet Z is a 10.1 inch tablet and with a thickness of a paltry 6.9mm, Sony believes that this will be the thinnest tablet in the segment. It comes with the OmniBalance design which we saw on the Xperia Z. It will run on Android 4.1 Jelly Bean but would get the 4.2 update as and when it reaches the retail stores. Powering it will be a as Qualcomm Snapdragon S4 Pro asynchronous quad-core processor and it will come with IP55 and IP57 certification making it a water-proof tablet. Now that’s something none of the tablets out there has. 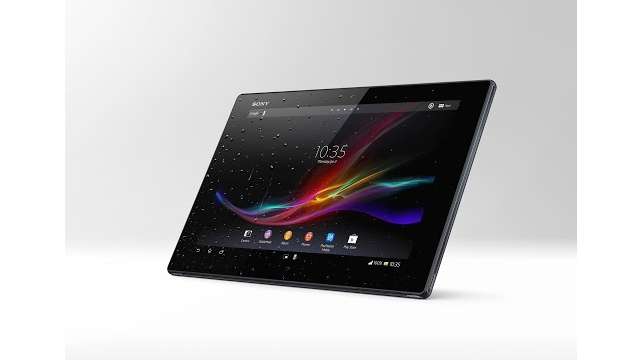 The tablet comes with a Mobile BRAVIA Engine 2 which will make the graphics crystal clear and there will be a 8 MP snapper at the back which will have a Exmor R sensor. There will also be a 2 MP camera in the front and will come with for Sony’s S-Force Front Surround 3D, and Sony Clear Audio+ mode and the two speakers present will give you a great audio experience. And yes, it will have an option to expand the memory by up to 64 GB.

And now let us talk about the price at which it can be all yours. It will come in 16 GB and 32 GB versions with Wi-Fi connectivity. The tablet has not been launched yet in India but will soon reach the Indian shores. It is expected to come at a price tag of under Rs.28,000 for the 16 GB version and we expect the 32 GB version to retail for under Rs.35,000. It would come in a black colour option but there will be a 32 GB white coloured variant on offer as well.