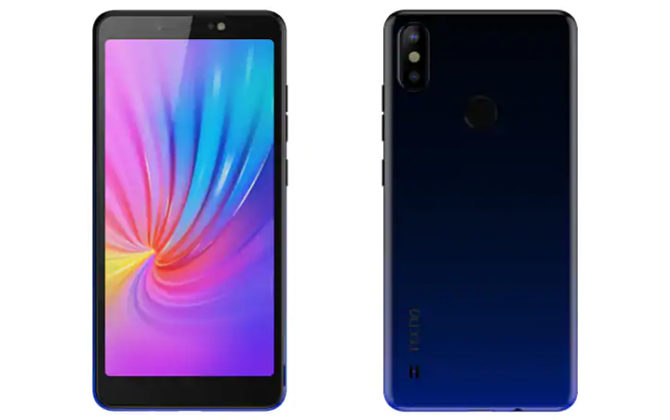 Both smartphones will be available in more than 35,000 retail outlets across India. As part of launch offers, the company is offering one-time screen replacement, 100-day free replacement, and one-month extended warranty.

Both devices are backed by a 3,050mAh battery. The 32GB internal storage can be further expanded via a dedicated microSD card (up to 128GB).

In terms of optics, the dual camera setup on the back combines a 13-megapixel primary sensor (f/1.8 aperture) and a VGA secondary sensor. Camera features include a Night algorithm 2.0 and an LED flash. The 8-megapixel front camera comes with an f/2.0 aperture and a soft LED flash. Additionally, both handsets come preloaded with an AI beauty algorithm (scans up to 228 facial points) and an AI Bokeh mode (blurs the background).

The new smartphones come with an AI Face Lock feature. A fingerprint sensor is placed at the back. Other sensors on the devices include an ambient light sensor, gravity sensor, and a proximity sensor.

The new Tecno smartphones are upgraded versions of the Camon iAce. It was launched in August last year at Rs 6,779. It is powered by a 1.5GHz quad-core MediaTek MT6739WW processor and 2GB RAM. The 16GB internal storage can be further expanded via a dedicated microSD card slot (up to 128GB).

The new Tecno Camon iAce sports a 5.5-inch display with full-HD+ resolution and 18:9 aspect ratio. It is backed by a 3050mAh battery. In terms of optics, the new smartphone sports a 13-megapixel rear camera and an 8-megapixel front camera. Both cameras come with f/2.0 aperture and dual-LED flash.

What do you think of the specs and price of new Tecno smartphones? Share your thoughts with us in the comments section below.