Vivo is known for continuously churning out new smartphones in the market. Now, a new handset has received the TENAA certification. Highlights of the device include triple rear cameras, an octa-core SoC, 4GB RAM, and a 5,000mAh battery. Read more to find about Vivo Y5 Price in India, Specifications, and Features 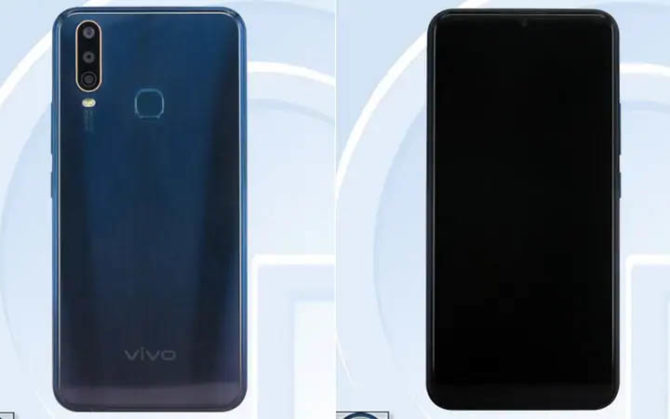 The upcoming smartphone is expected to come with a price tag of approx Rs 15,000. It is likely to be launched after April 15.

In terms of optics, the upcoming handset will sport a triple rear camera setup (13-megapixel + 8-megapixel + 2-megapixel) at the back. It is tipped to sport a 16-megapixel  front camera.

The Vivo smartphone is backed by a 5,000mAh battery. The 64GB/ 128GB internal storage can be further expanded via a microSD card (up to 256GB).

The Vivo Y5 is likely to run Android Pie operating system. It measures 159.43 x 76.77 x 8.92mm and weighs 190.5 grams. The upcoming device will come in two color variants – Gradient Blue and Gold. Additional features include a waterdrop notch and a rear-mounted fingerprint sensor.

Also read: Google Pixel 3a, Pixel 3a XL Revealed – Here’s All We Know So Far

What do you think of the specs of Vivo Y5?  Share your thoughts with us in the comments section below.