WhatsApp has added new exclusive features for iPhone users. The Facebook-owned messaging platform has released a new update for its iOS app. It brings two new features for both iPhone and iPad users. The new update also brings support for the Apple iPhone XS Max. Read more to find about WhatsApp For iOS Gets New Features 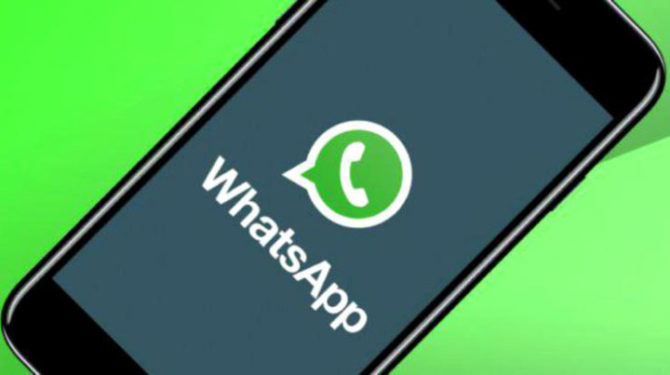 The new version of WhatsApp for iOS comes with a new design for shortcuts which appear after long pressing a message. The shortcuts will no appear in a White vertical layout. Earlier, they used to appear in a horizontal layout in a small Black format.

The messaging platform also comes with the support for consecutive playback of voice messages. The app will play the ‘Consecutive Voice Messages’ in sequence. You don’t have to press play on each message anymore.

Additionally, the iPhone XS Max users will be able to take advantage of the 6.5-inch screen while using WhatsApp. The new update lets users see more messages without scrolling down.

The latest version of WhatsApp application can be downloaded from the Apple’s App Store. This will include all the above-mentioned features.

WhatsApp has been constantly adding new features throughout this year. The messaging platform has over 200 million monthly active users in India and 1.2 billion users worldwide. Recently, it rolled out ‘Forward Message Limit’ for Indian users to limit fake news and misuse of its platform. WhatsApp allowed users to forward messages for up to 20 chats. Now, message forwarding will be limited to five chats in India.

Recently, WhatsApp added a new Mute button that allows users to mute chat directly from the notifications panel. The messaging platform also announced the addition of ‘Picture-in-Picture’ Mode to Android app. It will allow users to watch YouTube videos while checking the messages. The company also added WhatsApp group video and voice calling features. It allows you to chat with up to four people at the same time.

WhatsApp has also added the ‘Swipe to Reply’ gesture support to its Android app. It lets you respond to a WhatsApp message by simply swiping it to the right side. The new feature was introduced on the iOS app in June last year. The messaging platform is also said to support external sticker packs (users will be able to download external sticker packs).

Additionally, the messaging platform may bring a new Silent mode and ‘Vacation’ mode to the application. It is said to archive the chat for as long as the users want. Currently, WhatsApp unarchives a chat as soon as the new chat arrives.

WhatsApp might also allow users to link their account with external services. This feature is aimed at the WhatsApp Business app. However, we might see some features in the regular app as well.

Also read: How To Identify Songs Playing Near You Via Google Sound Search