With all the excitement building up towards the June 26 launch of the preview build of the Windows 8.1 aka Blue update, a developer has got a little too careless with his Lumia 920. The phone allegedly running a developer build of Windows Phone 8.1 OS, or Windows Phone Blue has been spotted revealing most of the new features. 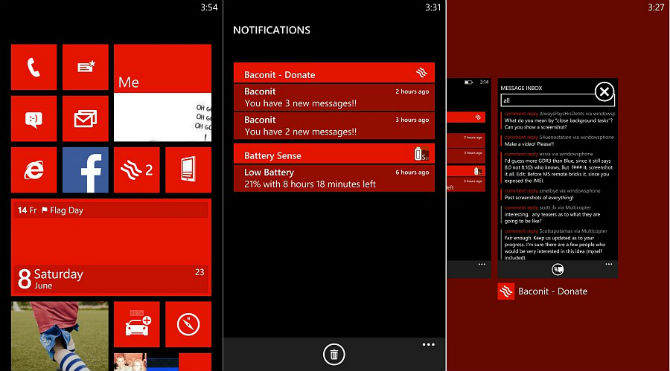 Reddit user, Chinaman28 purchased a Lumia 920 only to find that he had received a smartphone running a somewhat different version of Windows Phone 8. He posted screenshots of the new features and was soon tracked by Microsoft, who requested him to return the phone. However, the company has refunded the money the Reddit user had spent on the Lumia 920, along with giving him a brand new unit of the phone as well.

According to TheVerge the screenshots posted, the Lumia 920 ran Windows Phone 8.1 with a notification centre, something that many users have been wanting for a while. Along with that, the new OS also apparently allows you to close apps right from the multi-tasking window.

There is also an option to sort apps by frequency of use and this should come as a great respite to those who are always scrolling up and down to find their right apps. Microsoft will also be introducing Data Sense, a utility that monitors data usage, both mobile and Wi-Fi and should come in really handy for those who have smaller data caps than others.

Microsoft has clarified that the build shown on this developer phone is a much earlier one, and that the OS has undergone various iterations since then. The notification centre, before being pulled out of the update, was made a part of something called Peoples Hub. The update is expected to hit the download queue later this year, but there is no confirmed word on a release timeline yet.