Xiaomi is ready to launch a new edition of its Black Shark gaming smartphone. The next-generation handset is being touted as ‘too fast’ and ‘very cool’. It is expected to come with a liquid cooling system for the whole body. A new teaser confirms that the presence of Snapdragon 855 SoC. Read more to find about Xiaomi Black Shark 2 Gaming Smartphone Price in India, Specifications, and Features 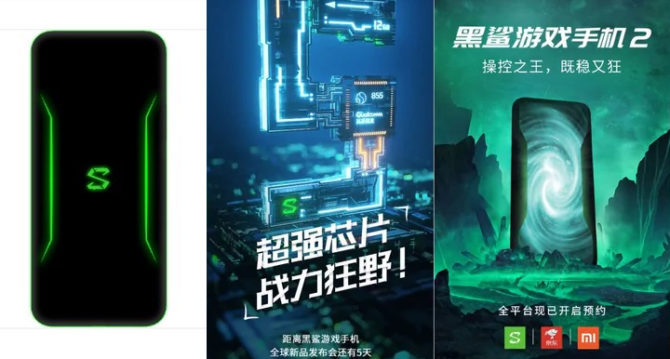 The Xiaomi Black Shark 2 will be launched in China on March 18. As of now, there is no information about the Indian price and launch date. It is not clear if the upcoming smartphone will make it to markets other than China. Black Shark is being characterized as an independent team with Xiaomi as an investor.

According to recent leaks and rumors, the Xiaomi Black Shark 2 gaming smartphone will be powered by a Qualcomm Snapdragon 855 processor (still unreleased) and up to 12GB RAM. It will be available in three RAM/ internal storage configurations –  6GB RAM/ 128GB storage, 8GB RAM/ 256GB storage, and 12GB RAM/ 256GB storage.

The upcoming handset is likely to run Android 9 Pie operating system out-of-the-box. It will come in a Frozen Silver color option. The Black Shark 2 will feature a backlit logo along with illuminated strips running on both sides.

Wang Teng Thomas (Xiaomi Product Director) described the upcoming handset as ‘full of personality, very cool’ and ‘too fast’. The first teaser hints that the Liquid Cool 3.0 design might cool the entire smartphone (not just the processor).

Previously, the Black Shark 2 was spotted on Geekbench online database as ‘Black Shark Skywalker’. It received scores of 3,494 in the single-core test and 11,149 in the multi-core test.

The Xiaomi Black Shark is targeted at premium mobile gamers. The gaming handset is powered by an octa-core Qualcomm Snapdragon 845 processor along with an Adreno 630 GPU and 6GB/ 8GB RAM. The 64GB/ 128GB of internal storage cannot be further expanded externally. The powerful device is backed by a 4,000mAh non-removable battery with Quick Charge 3.0 support.