Xiaomi has finally launched its flagship smartphone Xiaomi Mi 4i at its ‘i Is Coming’ event in New Delhi. On design front, the handset flaunts its unibody polycarbonate body and features matte finish with anti grease coating. As for specifications, the dual-SIM phone is powered by second generation octa-core (quad 1.7 GHz + quad 1.1 GHz) Snapdragon 615 processor paired with 2 GB of RAM and features a 5-inch (1920×1080 pixel, 441 ppi) fully laminated OGS display. Backed up by a 3120 mAh battery, the Mi 4i comes with quick charge feature which charges the battery up to 40 percent in one hour and 100 percent in three hours. Measuring just 7.8 mm in thickness, Mi 4i weighs 130 grams. It will be available in white, black, orange, light blue and pink color options.

The handset sports a 13 mega pixel rear camera with f/2.0 aperture and dual tone flash while there is also a 5 mega pixel front facing camera onboard. It houses 16 GB of inbuilt storage and runs Android Lollipop wrapped under MIUI 6. Connectivity options on the device include 4G LTE, Bluetooth, Wi-Fi and USB OTG.

Xiaomi has also announced Mi Band for India. The fitness and sleep tracking Mi band is priced at Rs. 999 and will be available to buy from mi.com. Xiaomi is offering exciting offers for potential buyers. 1000 Mi Band units will be available at Re. 1. and the registration starts on April 28. 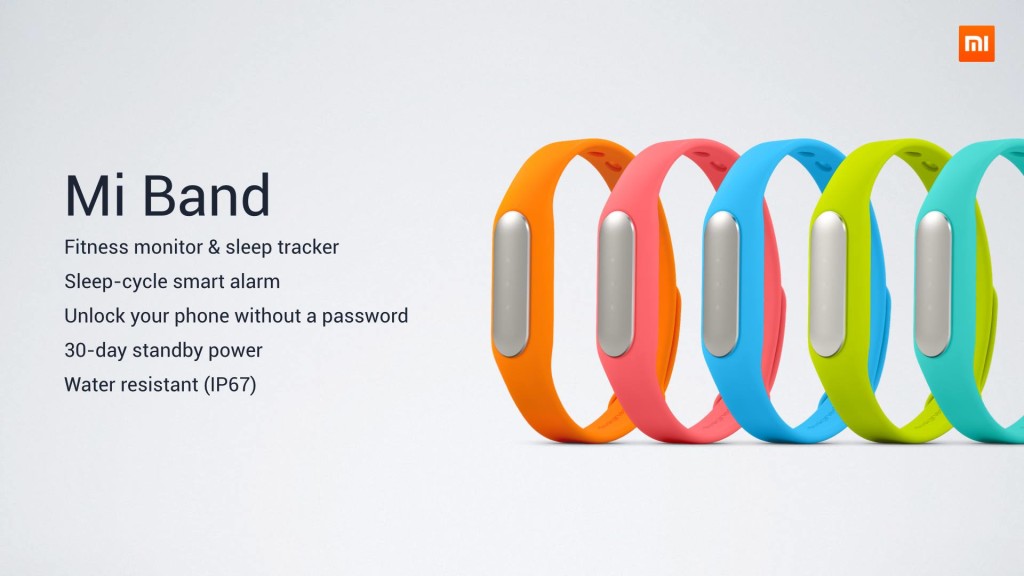 Features and Specifications of Xiaomi Mi 4i

Priced at Rs. 12,999, the Xiaomi Mi 4i will go on sale exclusively on Flipkart.com starting April 30 while registrations will start tonight, April 23, 2015 at 8.00 PM. The device will also be available on Snapdeal, Amazon and mi.com in the coming days.

Xiaomi has once again teased the features of its forthcoming smartphone which is going to be unveiled at Xiaomi’s ‘i IS COMING’ event on April 23, 2015 in New Delhi. In addition to the previous teasers revealing high resolution display, bigger battery and premium build, the two new teasers give us more idea about what the handset would be like. One of the teaser image shared by Xiaomi on its official Twitter page features an image of a cactus plant and fresh green grass accompanied with a question ‘Feels the same?’ indicating that the upcoming device will feature premium build. 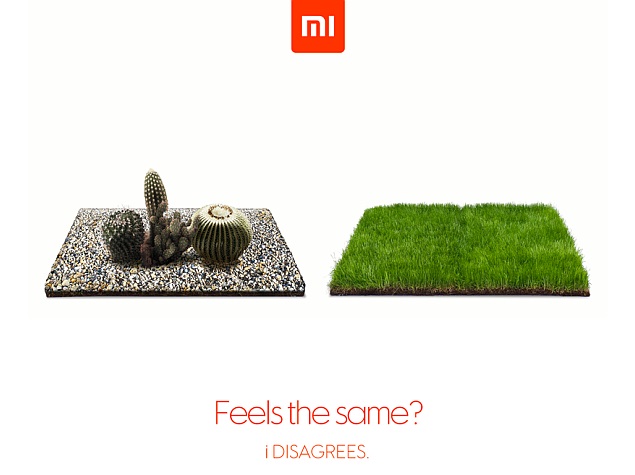 Second teaser image has picture of a football held by two hands and a cricket ball held by one hand with a question ‘Holds the same?’ which indicates that the handset will not be too bulky and would comfortably fit into one hand of the user. 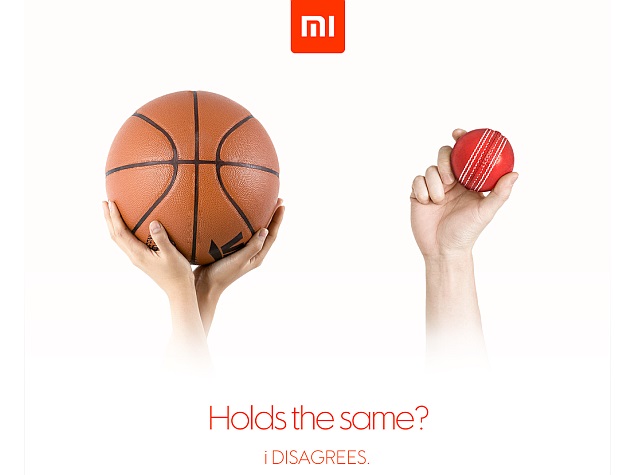 While the name of Xiaomi’s global laucnh event is ‘i IS COMING’, Xiaomi has also used hashtag ‘I disagrees’ in every tweet indicating that the handset would be none other than the rumored Xiaomi Mi 4i smartphone. You can check out the rumored specs and features of Mi 4i in the post below.

Earlier this month, Xiaomi shared a teaser about global launch of its upcoming smartphone, while now the company has shared few more teaser images revealing the features of the forthcoming smartphone which give us an idea what the handset would the features of the handset be like. One of the teasers shared by Xiaomi on its official Twitter page features 2 images of Monalisa painting, one is pixelated while other is pretty clear accompanied with a text asking-‘Looks the same?’ indicating that the handset will feature high resolution display. Other teaser shared by Xiaomi carries images of two fried eggs, one with larger yolk than the other, accompanied with a question, ‘Bigger battery, bigger phone?’ suggesting that the handset will be backed up by a large battery. 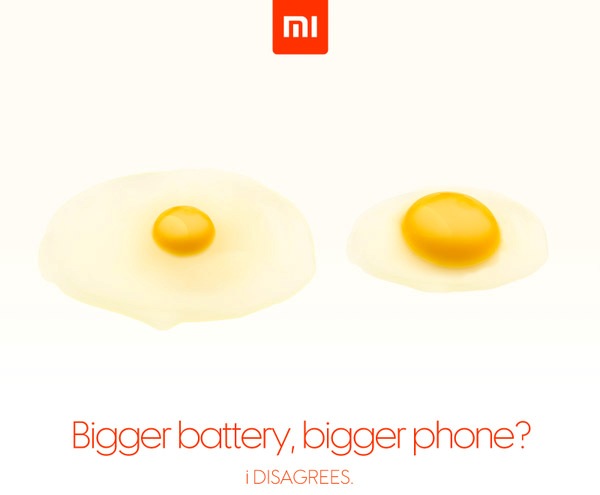 The third teaser shared by the company features two blackboards- one with roughly made spiral while other with a spiral drawn with precision accompanied with a question ‘Crafted the same?’ revealing that the handset will boast of its premium build. 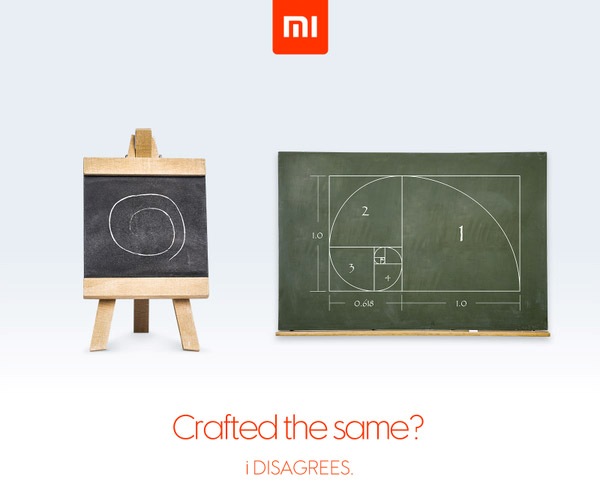 It is speculated that Xiaomi will launch its Mi 4i handset at the global premier event. Read on to find detailed information on Xiaomi’s upcoming smartphone.

Xiaomi teased its upcoming device through its official Twitter page, revealing that the device will be launched at company’s April 23 event in New Delhi, India where the company will hold global premier of its Mi phone. The event will be hosted in the presence of Xiaomi CEO and founder, Lei Jun; president and co-founder Bin Lin and VP Global, Hugo Barra while Xiaomi has also asked its fans to register for the event. The teaser shared by the company reads ‘i IS COMING,’ indicating that the company is planning to launch a variant of its existing phone while now a handset dubbed the Xiaomi Mi 4i has been leaked ahead of launch event.

Alleged specifications of the Xiaomi’s upcoming smartphone have surfaced online which are in line with the Xiaomi’s Ferrari phone which was leaked previously. A website named mydrivers.com has spotted the Mi 4i on Singapore’s IDA database and GeekBench. As per the listings, the specifications of upcoming Mi 4i phone will be powered by an octa-core Qualcomm Snapdragon 615 processor clocked at 1.65 GHz coupled with 2 GB of RAM and feature a 4.9-inch full HD display. The device will run Android 5.0.2 Lollipop operating system and house 16 GB of inbuilt memory. It will also sport a 13 mega pixel rear camera and a 5 mega pixel front facing camera.  Rest of the details about battery, microSD slot and connectivity options are unclear at this moment and are likely to surface in the coming days. 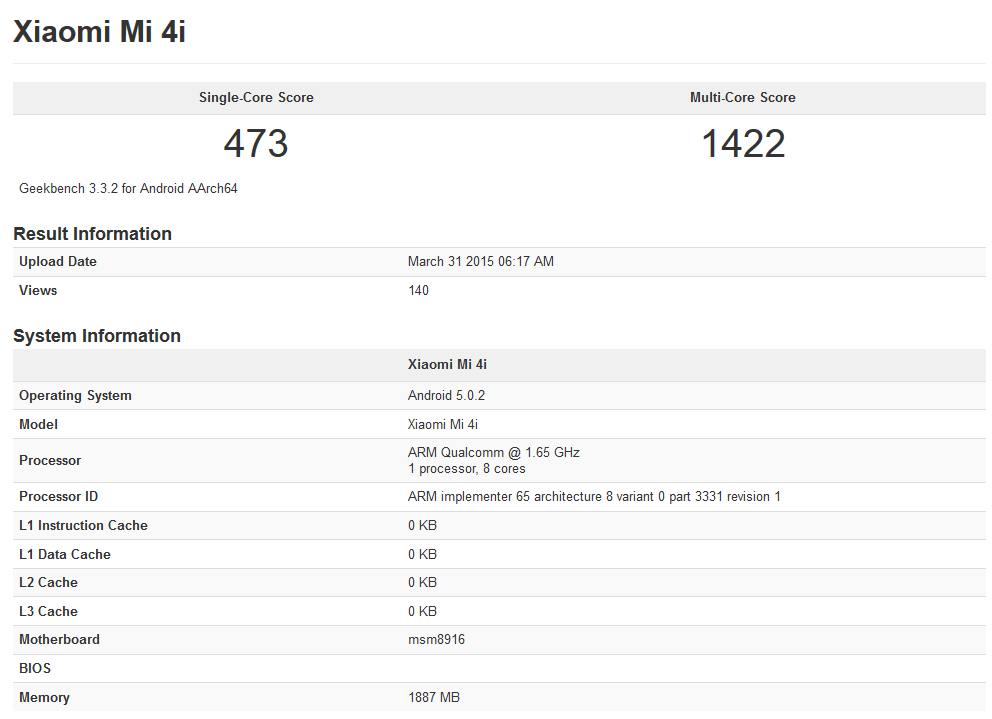 Pricing and availability details of the handset are likely to be revealed at Xiaomi’s April 23 event. Stay tuned with us and check back soon for more developments on this story.