Xiaomi has unveiled the China ROM of its MIUI 7 at an event in China. The company has also launched Redmi Note 2 and Redmi Note 2 Prime smartphones at the same event. The MIUI 7 comes with a number of improvements over MIUI 6 as well as new themes and features.

One of the new features is face recognition in Gallery. This feature automatically sorts the pictures of a particular person in a separate folder. For instance, all photos of your pet will be sorted in a separate folder in People tab. This will happen with every different face in your gallery. The new interface also comes with Baby photos app which you can share with your family members. 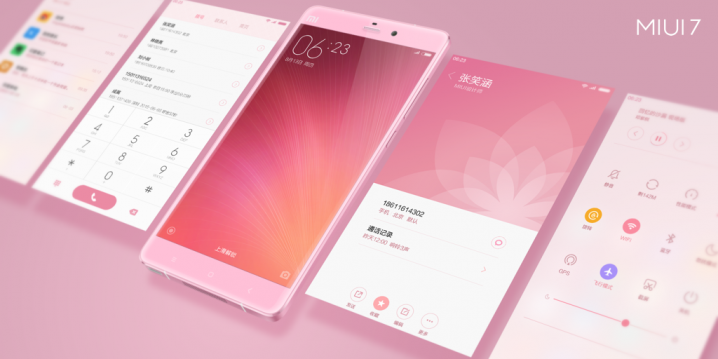 The Kids Mode on the device with MIUI 7 will let the children use it with your control over it enabling you to restrict and see what kids see on the device. MIUI 7 brings with it, four different themes based on gender. The pink “Goddess” theme for instance, is designed for female users.

While the China ROM of MIUI 7 has been unveiled today, it will be rolled out through OTA to Mi 2, Mi 2S, Mi 2A, Mi 3, Mi 4, Mi Note, Redmi, and Redmi Note users in China tomorrow. Xiaomi has already announced that it will be hosting a global launch event in New Delhi where it will be launching global MIUI 7. The global event will be held in New Delhi on August 19, 2015 in the presence of company’s VP, Hugo Barra. The company has also opened registrations for its fans for the premiere.

“Some users might be confused about the MIUI 7 launch schedules. For your information, MIUI 7 China ROM will be introduced in China on August 13, and MIUI 7 Global ROM with tailored features for global fans will be unveiled on August 19 in India,” says the company in a blog post.

Its only a matter of few days that Xiaomi’s new global user interface will see light of the day in India. We will update you with more developments on this story! Stay tuned with us!