Xiaomi is all set to launch a new handset with a 48MP sensor next week. The ‘Redmi by Xiaomi’ smartphone has now been certified by TENAA (Chinese certification authority). Previously, it was tipped to be Redmi Pro 2. However, it might also be called Redmi 7. Highlights of the device will include 6.3-inch waterdrop notch display, 48MP camera, and 4000mAh battery. Read more to find about Xiaomi Redmi Smartphone Price in India, Specifications, and Features 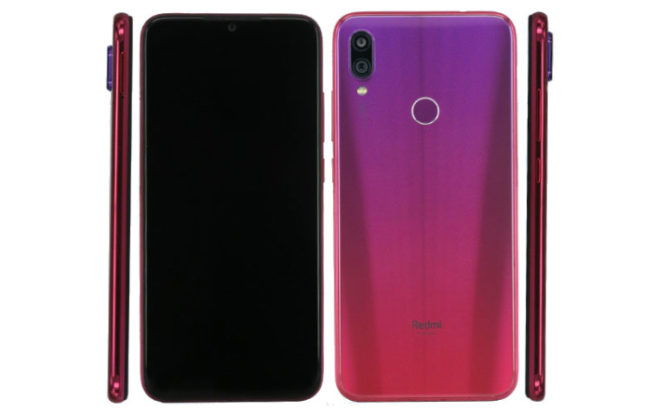 Xiaomi has announced that it will launch a new Redmi smartphone on January 10 in China. The company has released a new teaser image for the upcoming launch event. It hints at the presence of a 48-megapixel camera sensor (shadow shows 48 number). Additionally, new smartphone (with model numbers M1901F7C, M1901F7T, and M1901F7E) has been certified by TENAA in China.

The upcoming smartphone will be exclusively available online. It is expected to sport an aggressive price.

According to recent leaks and teasers, the new Redmi smartphone sports a 48-megapixel rear camera. It sports a 6.3-inch display with waterdrop notch and minimal bezels. The rear panel sports a gradient design (pink and purple) with a ‘Redmi by Xiaomi’ branding. A fingerprint sensor is also placed on the back.

In terms of optics, the Xiaomi Redmi will sport a dual camera smartphone. It will include a 48-megapixel primary sensor. The smartphone is also rumored to come with a Sony IMX586 1/2-type (8.0 mm diagonal) sensor.

The handset measures 159.21 x 75.21 x 8.1mm. It is backed by a 4000mAh battery. Xiaomi has already confirmed that it will launch a Snapdragon 675-powered smartphone this year. The upcoming handset might be the one with Snapdragon 675 11nm Mobile Platform.

Xiaomi has decided to part ways with the ‘Redmi’ brand. It will serve as a separate sub-brand (similar to POCO). Lei Jun (Xiaomi CEO) has confirmed that the new sub-brand will focus on bringing e-commerce friendly devices. On the other hand, the ‘Mi models’ will focus more on mid to high-end devices.

In terms of optics, the Xiaomin handset will sport a 48-megapixel camera sensor (as part of a triple camera setup – 48MP + 13MP + 16MP ). On the front, it will sport an in-display selfie camera at the top-left side (similar to Huawei Nova 4 and Galaxy A8s). Additional highlights might include an in-display fingerprint sensor (similar to Mi MIX and Mi 8 series).

What do you think of the upcoming handset? Are you excited about the Xiaomi Redmi Pro 2? Share your views with us in the comments section below.