Xiaomi has launched its latest smartphone, dubbed the Redmi Note 3 in the Indian market. It will compete with the likes of LeEco Le 1s and Honor 5X which carry nearly similar price tag.

If you are not able to decide which smartphone to buy, then we are here to help you. In this post, we have pitted the three phones together to ascertain which is better and why. Read on to find out how Xiaomi Redmi Note 3 vs LeEco Le 1s vs Honor 5X compare with each other in terms of price, specifications and features. 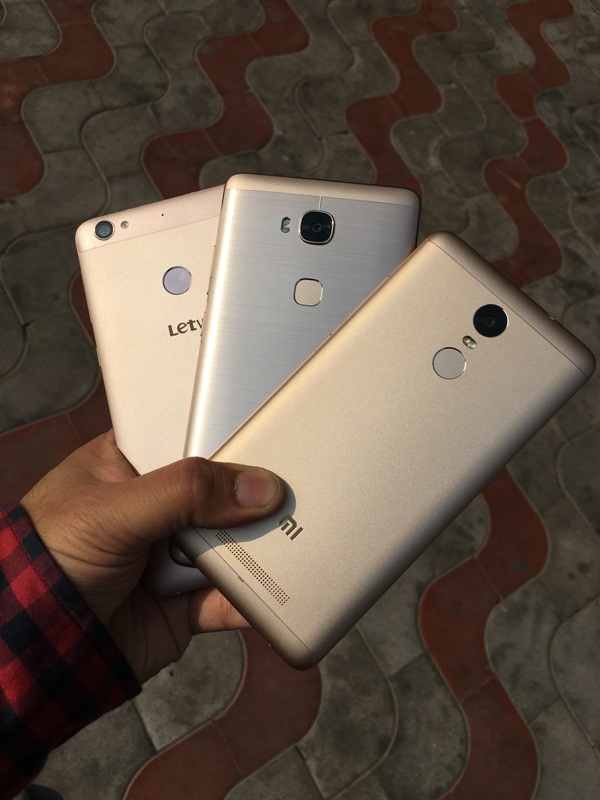 On design front, all these smartphones flaunt their unibody metal design which looks very premium. The Honor 5X has brushed metal design on the rear with slight curves towards edges while the Le 1s has similar design in matte finish. The Redmi Note 3 features slightly rounded edges and rear with matte design.

All three devices come with LED notification above the display. The Le 1s feels a bit heavy with 169 grams of weight compared to 164 grams weight of Redmi Note 3 and 158 grams weight of Honor 5X.

All three phones feature a 5.5-inch Full HD display with resolution of 1920×1080 pixels. The displays are sharp and vivid, with good viewing angles.

Redmi Note 3 is backed up by a mammoth 4050mAh non-removable battery with support for fast charging. The battery is good enough to survive for up to 3 days on light usage. Other two devices are fueled by non-removable 3000mAh battery and are good enough to deliver one full day of usage, if used moderately. LeEco Le 1s comes with USB Type-C port while other two devices feature micro-USB charging port.

The Redmi Note 3 and Le 1s, both support USB OTG, but for Le 1s, you will require Type C USB pen-drive or Type C OTG cable or adapter. As for Honor 5X, the unit which we have got, didn’t support OTG, but some publications claim that it supports USB OTG.

There is a fingerprint scanner on the rear of all these three smartphones for additional security.

All the three smartphones in this comparison, boast of their premium looks and top of the line specifications. Yet, with large battery, better camera combination and more, Xiaomi Redmi Note 3 has an upper hand in this comparison. It is closely followed by Honor 5X and LeEco Le 1s.