Zen Mobiles, another player in the budget smartphone market in India has just launched their budget quad core smartphone offering, the Zen Ultrafone 701 HD in the Indian market. The smartphone has not been launched officially but has gone up for ordering on Snapdeal.com which seems to be thier exclusive partner for the launch of the device. The smartphone has a lot going in its favour and might give Zen a strong footing in the market.

As the named suggests, the smartphone will have a HD screen. It comes with a 5 inch screen of 720p resolution like the Canvas HD. The price of the smartphone has been kept Rs.11,999 and is being offered with a screen guard, a spare back panel and a flip cover. It can be pre booked by paying a paltry sum of Rs.101 and it is expected to start the shipping by the time the third week of March ends which is not too far. 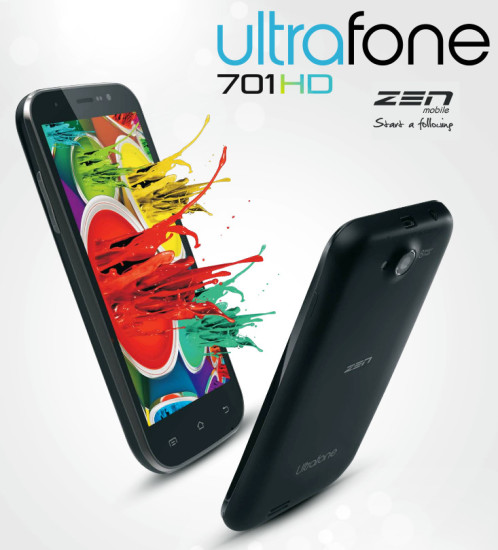 The smartphone will be powered by a 1.2 GHz quad-core MediaTek MT6589 chipset which can be found on the Canvas HD as well. It will run on Android 4.2 Jelly Bean which is another point in its favour. The smartphone’s primary camera will be a 8 megapixel unit with a BSI sensor and LED flash. The secondary camera will be a 3.2 megapixel camera and even that can not be found in any of the budget quad core devices in the country. 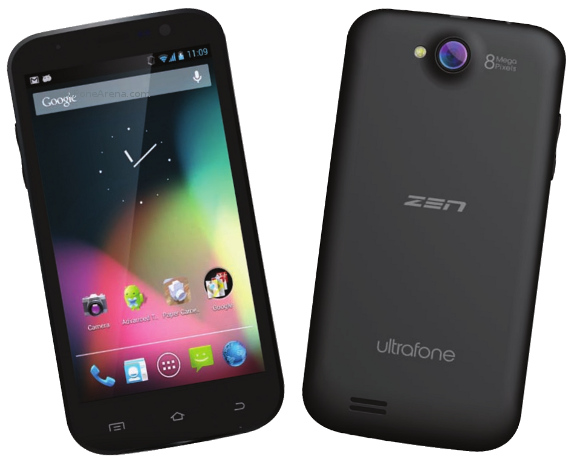 It will be a dual sim smartphone and will come with a 1GB RAM. It will offer 4GB of internal storage and an option to expand it by another 32GB via a microSD card. It will feature 3G, Wi-Fi and Bluetooth for added connectivity and will be powered by a 2,000 mAH battery. The spec sheet on paper is ahead of the Canvas HD and seeing the freebies it comes with at a much lower price point, a lot of people might go in for this smartphone.