ZTE is working on the successor of its Blade V9 handset. A new device (ZTE V1000) has been spotted on TENAA (Chinese certification authority) website. It is likely to be the Blade V10 smartphone. Highlights of the device include dual cameras, 6.3-inch full HD+ display, fingerprint sensor, and a 3100 mAh battery. Read more to find about ZTE Blade V10 Price in India, Specifications, and Features 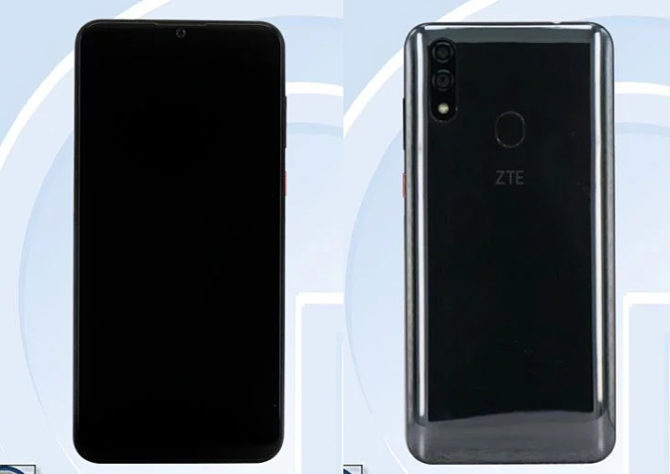 The ZTE Blade V10 is expected to be launched at Mobile World Congress (MWC) 2019 next month. Last year, the company announced its ZTE Blade V9, V9 Vita and Temp Go smartphones at MWC. However, there is no information about the Indian price or launch date as yet.

According to the recent listing, the upcoming smartphone is powered by a 2.1 GHz octa-core processor along with 4GB/6GB RAM and 64GB/128GB internal storage. It is backed by a 3100mAh battery.

In terms of optics, the ZTE Blade V10 sports dual camera set up on the back. It uses a 16-megapixel primary sensor and a 5-megapixel secondary sensor. For selfies and video calling, it sports an 8-megapixel front camera.

The ZTE Blade V10 features a 6.3-inch display with full HD+ (2280 x 1080 pixels) resolution. It measures 158 x 75.8 x 7.5 mm and weighs 154 grams. A fingerprint sensor is placed on the back. Other sensors on the device include Gravity sensor, distance sensor, and an ambient light sensor.

The ZTE Blade V9 sports a 5.7-inch display with a resolution of 1080 pixels by 2160 pixels. It is powered by a 1.8GHz octa-core processor along with 3GB RAM and 32GB internal storage (expandable). The handset sports a 16-megapixel primary camera on the back and an 8-megapixel front camera. It is backed by a 3100mAh battery.