ZTE is all set to launch a new budget smartphone at the upcoming Mobile World Congress 2018 in Barcelona. As per latest reports, the Chinese handset maker is likely to launch its Blade V9. The budget smartphone is rumored to come with an 18:9 display and a dual rear camera setup. Read more to find about ZTE Blade V9 Price in India, Specifications, and Features 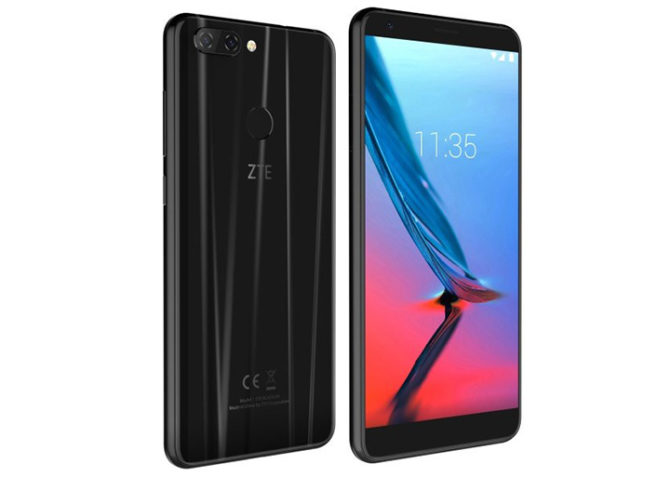 The Chinese handset maker is expected to launch ZTE Blade V9 at MWC 2018 later this month. Previously, it was leaked on ZTE’s Spanish website. As of now, there is no confirmation about the Indian price and launch date of the upcoming device.

According to recent leaks and rumors, the upcoming smartphone will sport a 5.7-inch display with full HD+ (1080 x 2160 pixels) resolution. It is expected to be powered by a 64-bit, octa-core Qualcomm Snapdragon 450 processor and 2GB/ 3GB/ 4GB RAM. The 16GB/ 32GB/ 64GB internal storage can be further expanded via a microSD card.

In terms of optics, the ZTE Blade V9 is tipped to sport a dual camera setup on the back. It is likely to combine a 16-megapixel primary sensor and a 5-megapixel secondary sensor. On the front, it is said to feature a 13-megapixel camera. The new handset will be backed by a 3200mAh non-removable battery.

The upcoming smartphone is expected to feature metal and glass body. The 18:9 aspect ratio display will be accompanied by on-screen buttons. It is said to measure 151.4 x 70.6 x 7.5mm and weighs 140 grams.

The ZTE Blade V9 is expected to run Android 8.0 Oreo operating system out-of-the-box. Connectivity options will include 4G VoLTE, Bluetooth 4.2, and 3.5mm headphone jack. A fingerprint sensor will be placed on the back.

Also read: Samsung Galaxy C10 Plus Spotted With 6GB RAM – All We Know So Far

Since the company is yet to offer any information about the ZTE Blade V9, the above-mentioned details must be taken with a pinch of salt. Recently, the company launched ZTE Blade A3 with dual front cameras in China. The new smartphone features a 5.5-inch TFT display with full HD resolution and 2.5D curved glass. It is powered by a 1.45GHz quad-core MediaTek MT6737T processor along with 3GB RAM and 32GB internal storage (expandable up to 128GB). The dual camera setup on front combines a 5-megapixel sensor and a 2-megapixel sensor. It sports a 13-megapixel rear camera with LED flash. The new handset is backed by a large 4000mAh battery.