This is a big exclusive by us related to the low cost Android project by Google. Android One is low cost Android Phones project initiated by Google with OEM partners Micromax, Spice Mobiles and Karbonn, all three are India based mobile phone makers. As per a reliable industry source, Google India will be hosting an event on 18th September 2014 in India with all three OEM partners to announce the launch of the three Android One devices for India. These devices will also be sold in other markets than India going forward. 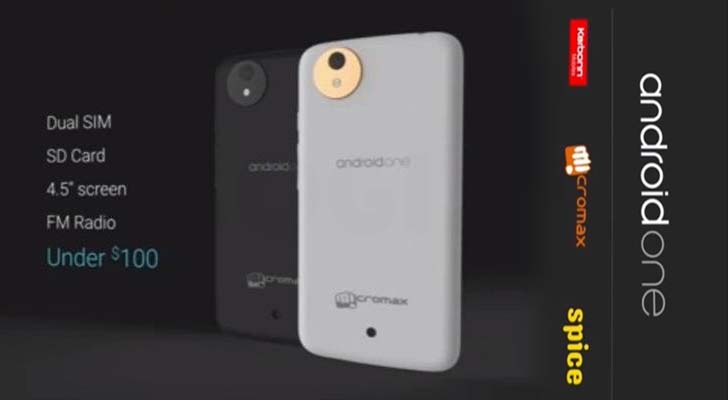 Some key facts about Android One project is that it has a reference design which governs the basic features of the phone, check the design specs in the section below. Also the Android One phones, like the Nexus devices from Google, will get direct software updates from Google. Going by the present scenario, the Android One devices are likely to hit the markets by early October 2014 and may be running Android 4.4.4 Kit Kat which will be later upgraded to the Android L aka Android 5.0.

As per the reference design features shared by Google at the I/O 2014, the Android One phones will feature:

The phones are ready to make a debut in India later in September or early October 2014. The pricing as already revealed will be around US $100, which means around Rs. 6000 to Rs. 7000 price bracket.

We have always welcomed projects like Android One which aim at empowering people by making technology affordable and available to masses. With Android One, we can expect a wave of affordable yet up-to-date smartphones which will bring more people online. We will be able to comment better about the devices once we experience them physically, so wait until that time for our hands on experience. Make sure you subscribe to our YouTube video channel for videos related to Android One Devices.