Google has introduced multiple new features, aimed at Indian users who rely on public transport. This includes approx travel time via a public bus (based on the live traffic status) and real-time train status. Additionally, a mixed-mode navigation option suggests the best bus routes by including switches to an auto-rickshaw during the journey. Read more to find about New Google Maps Features 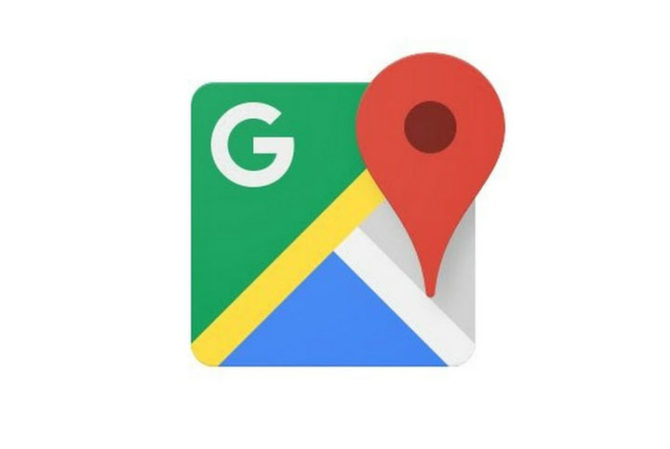 The new Google Maps features seem pretty useful to people who rely on public transport. While the travel time via a public bus uses live traffic status on the route, the real-time train running status takes in to account any possible delays.

The new India-specific features will be available on the latest version of Google Maps for Android (v10.17.2). However, we will have to wait a while for them to go live. Let’s see how the new Google Map Features Work:

Also read: How To Upload Landscape Videos On Instagram’s IGTV

Mixed-mode navigation (with the auto-rickshaw recommendation)

The smart feature aims to provide the fastest way to reach your destination via different transport modes. This includes switching between a bus and auto, or metro and auto on a regular basis. The app uses an estimated auto-rickshaw fare and departure time for a transit connection. 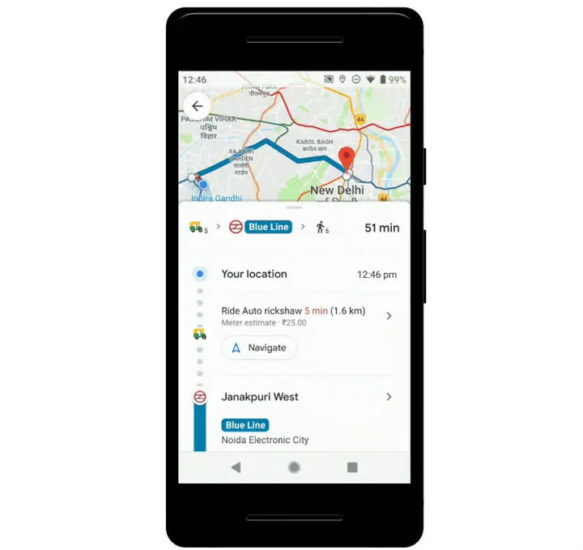 Now, Google Maps will be able to tell you when they should take an auto-rickshaw. It also hints what station/ stop will be the most suitable to take after switching from other means of transport such as the metro, local train, or a bus.

The mixed-mode navigation guidance will be initially available for Delhi and Bengaluru users. It will be expanded to other Indian cities as well.

Also read: How To Create Google Now Reminders From Desktop

Now, Google Maps will show the possible delays during the bus journey. It will use the live traffic status of the route. The new feature is being launched in Bengaluru, Chennai, Coimbatore, Delhi, Hyderabad, Lucknow, Mumbai, Mysore, Pune, and Surat. 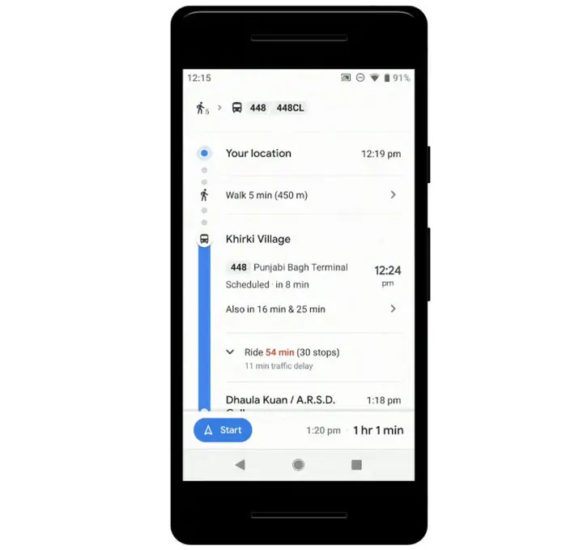 In case of delay, you will see a message in red color. It will show the amount of extra time added by traffic congestion or any other factor. In case there are no delays, the transport time will be displayed in green text. 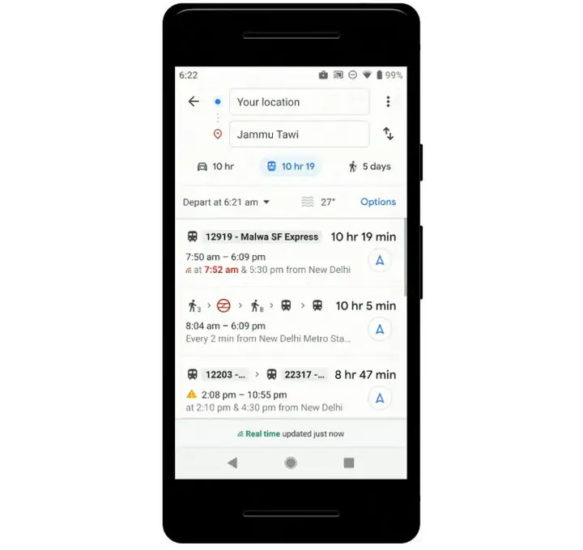 This feature was developed in collaboration with the ‘Where is my Train’ app. It will show the live status of a train and check if it is delayed. However, it only works for long distance train journeys.

What do you think of the new Google Maps features? Are you excited to try these? Share your views with us in the comments section below.