The Indian tablet market is seeing new entrants each day in the budget segment and there are pretty much a lot of confusing options out there to give you a hard time deciding which one to buy. Also every android powered tablet which is present has similarly specced rivals present in the market and every device needs to have something unique to have an edge over the rest. And the latest entrant to this segment is the HCL ME Y3 tablet.

The USP of the 7 inch tablet is that it is a dual-SIM tablet and does not really have a competition in the dual-SIM arena from a renowned tablet maker but the Lenovo A2107 which is priced at Rs.13,999 whereas the offering from the Indian computing giant retails at Rs.11,999. The tablet will offer the ability to make voice calls from both the SIM cards as well as let you use data packs from both the SIM cards which makes it a compelling buy given that the rates of data packs are seeing new heights in the country.

Some of the specifications of the device are: 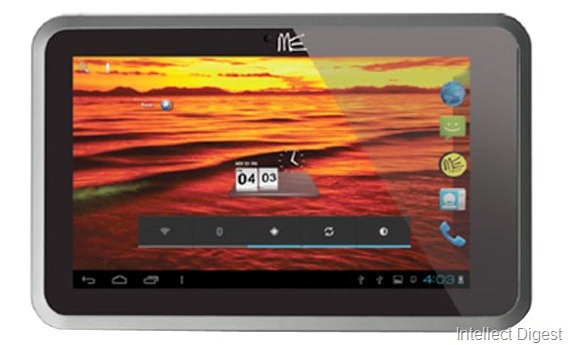 HCL is brand which is not at all budget but has been facing a tough competition from the Chinese and homegrown electronics makers off late. But Mr.HCL on the television advertisements is a smart guy and so is the company. It wants to put as many tablets as possible in the hands of the people and are introducing new tablets very frequently to cater to people with different needs. It is available on Saholic.com and Snapdeal.com for Rs.11,999. Good job Mr.HCL!