A couple of months back, India based venture HCL launched a slew of tablets like ME U2, ME V1 and ME Y3. Now, the company appears to have expanded its portfolio with the launch of another voice calling tablet called ME Connect 2G 2.0. Priced at Rs 8,499, the tablet comes with impressive specifications and features. 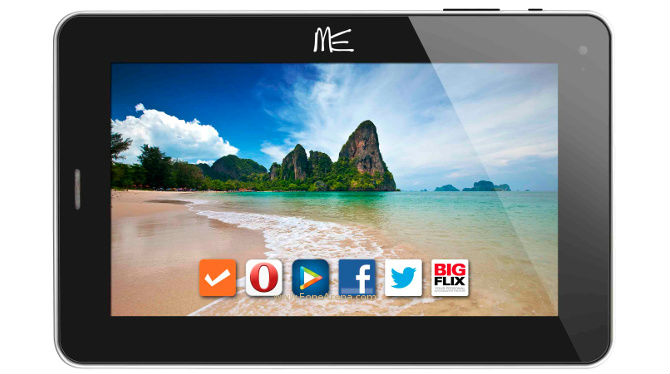 In terms of technical specs, the ME Connect 2G 2.0 houses a 7-inch capacitive touchscreen display with a resolution of 800×480 pixels and is fitted with a 1GHz ARM Cortex A9 processor and Mali-400 GPU. Also, the tablet includes a 2-megapixel rear camera and a VGA front camera and packs 4GB of internal storage expandable to up to 32GB. Further, the ME Connect 2G 2.0 is loaded with a 3,800 mAh battery.

Detailing on the connectivity aspects, the HCL tablet is packed with features like in-built 2G for voice calling, 3G via dongle, Bluetooth and Wi-Fi and runs on Android 4.1 Jelly Bean OS.

On the software side, the HCL ME Connect 2G 2.0 is preloaded with freebies worth Rs 2,000 and is preloaded with applications including BigFlix, Hungama, Readwhere, Paytm, Facebook, Twitter and apps from range of categories such as Games, Business, Communication, Lifestyle, Entertainment, Education, Health and more. Also, the tablet supports regional languages such as Hindi, Tamil, Telugu, Kannada, Marathi and more.

The HCL ME Connect 2G 2.0 tablet is priced at Rs. 8,499. It is available across all major stores and online portals and will be supported by an integrated after sales service application – HCL Touch, a 24X7 one touch service facility.

With a price point of Rs 8,499 and with voice calling functionalities, HCL ME Connect 2G 2.0 will be facing some stiff competition against the likes of Salora Fontab, Lava ETAB Connect and the Micromax Funbook Talk P360 among others.

After Dell and Lenovo, HCL also launched its all-in-one PC series calling it HCL Beanstalk line up. There are three models in this series price starting from Rs. 27444 to Rs. 35389 based on different specifications. The Rs.35389 model comes with a special offer of 2 year addition warranty from HCL. HCL also gives you a mouse and a keyboard with these devices. The specification of these PCs are very similar to each other. These devices comes with Windows 7  Home Premium operating system support with 4 GB of RAM. The processor is Core i3 (2nd Generation) by Intel that gives you 3.3 GHz clock speed.These PCs are very good if you are looking to buy a personal computer for your Home/Office both. These devices has very good design. The USB port and other slots are well placed to easy of access. 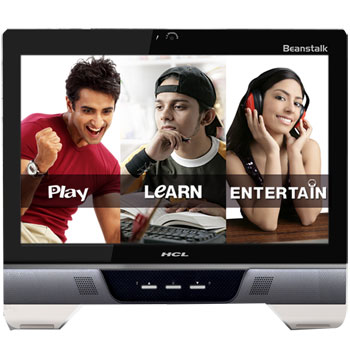 END_OF_DOCUMENT_TOKEN_TO_BE_REPLACED

The Indian tablet market is seeing new entrants each day in the budget segment and there are pretty much a lot of confusing options out there to give you a hard time deciding which one to buy. Also every android powered tablet which is present has similarly specced rivals present in the market and every device needs to have something unique to have an edge over the rest. And the latest entrant to this segment is the HCL ME Y3 tablet.

The USP of the 7 inch tablet is that it is a dual-SIM tablet and does not really have a competition in the dual-SIM arena from a renowned tablet maker but the Lenovo A2107 which is priced at Rs.13,999 whereas the offering from the Indian computing giant retails at Rs.11,999. The tablet will offer the ability to make voice calls from both the SIM cards as well as let you use data packs from both the SIM cards which makes it a compelling buy given that the rates of data packs are seeing new heights in the country.