If you are confused about which smartphone to buy among these three, then we are here to help you. Read on to find out how Honor 7 vs LG G3 vs Sony Xperia Z3+ compare with each other in terms of specifications and features. 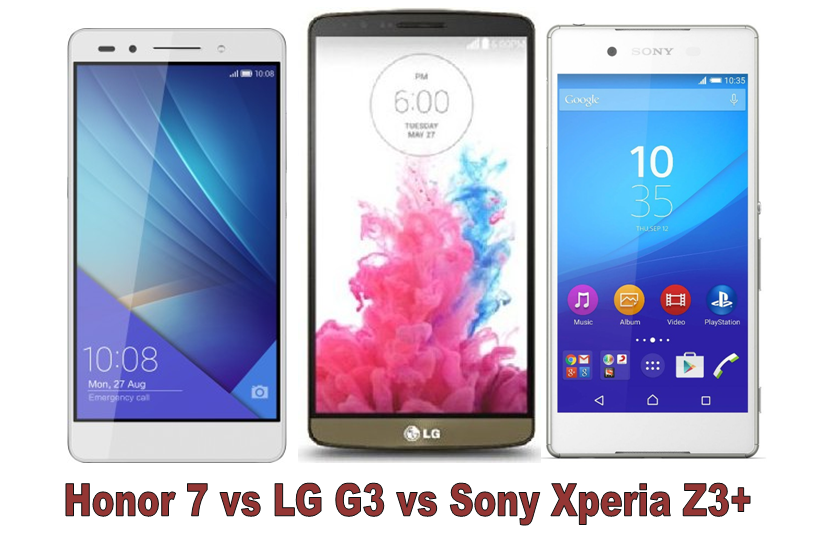 Honor 7 and Xperia Z3+ house 16GB and 32GB of inbuilt memory respectively. The LG G3 comes in two variants based on storage- 16GB and 32GB. All three phones support expandable storage up to 128GB via microSD card.

The Honor 7 comes with a fingerprint sensor and is one of the few smartphones in this price range to offer this feature. The Xperia Z3+ boasts of its waterproof capabilities.

Although the specifications of all these three smartphones are somewhat similar, yet the Huawei Honor 7 is clear winner considering its price which is lower than the other two smartphones. It also comes with better camera combination, large battery as well as fingerprint sensor which its rivals lack.