Honor 7 is the latest smartphone from Huawei’s Honor brand which has been launched in India. The mid-ranged smartphone is priced at Rs. 22,999 and is loaded with decent features and specifications. The device also flaunts its fingerprint sensor which is not usually seen in smartphones in this price range. 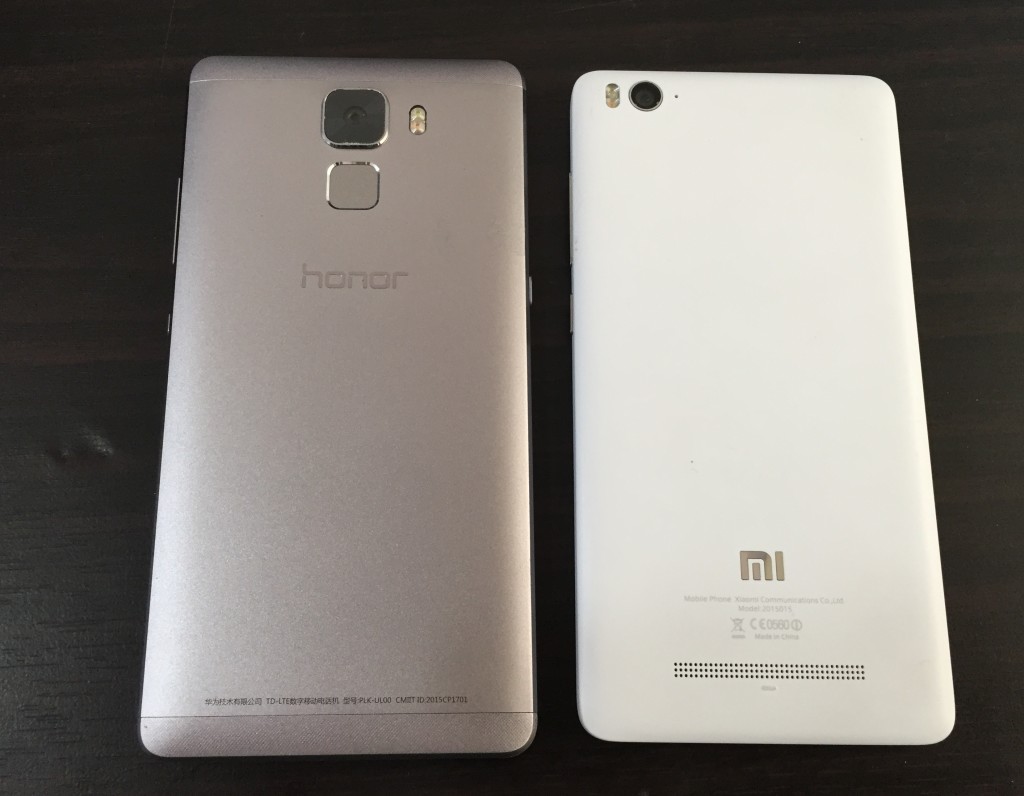 Honor 7 vs Xiaomi Mi 4i Comparison

The Honor 7 flaunts its unibody metal design which looks premium. The Xiaomi Mi 4i also features unibody design but it is made of plastic. No doubts, the Honor 7 looks reasonably premium with strong build and wins the crown in design department.

The Xiaomi Mi 4i on the other hand, comes with a 13 mega pixel rear camera with auto focus, dual tone flash and f/2.0 aperture along with a 5 mega pixel front facing camera.

The Honor 7 is backed up by a 3100mAh battery while the Mi 4i packs a slightly larger 3120mAh battery.

On software front, both smartphones run Android Lollipop wrapped under their respective UI’s.

Although the Honor 7 is priced considerably higher than the Xiaomi Mi 4i, the price difference is justified considering the features which Honor 7 has to offer. It offers premium design, fingerprint scanner, larger display, more RAM and better camera combination as compared to Xiaomi Mi 4i. If you are looking for a mid-ranged smartphone with all the latest features, superb build quality, great camera options, then the Honor 7 is worth putting your bet on.

Which smartphone among Honor 7 vs Xiaomi Mi 4i would you buy? Share your views with us in the comments section below!