Huawei has announced a new phablet with 5.5 inch display along with 720 pixel resolution. But there is not details announced about pricing and availability of smartphone worldwide. Though Huawei said that it will start selling this device in China from 20 January onwards. This device is the successor of Huawei A199 which was announced in April 2013. The complete specifications and more details are not revealed yet. But according to sources, the back panel of this device will be covered with a metal coating. Earlier we told you that Huawei announced Ascend Mate 2 4G at Consumer Electronics Show 2014. Which was also a phablet with 6.1-inch massive big screen. 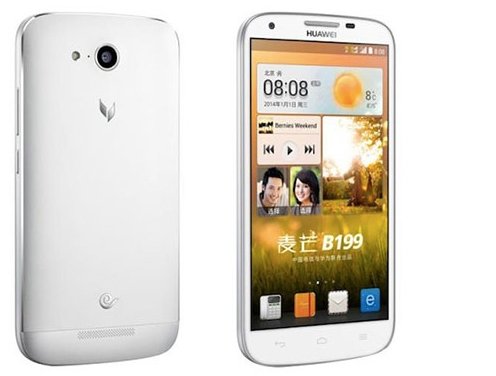 Talking about the specifications it has 5.5-inch display which has 720 pixel density. There is a 1.6 GHz quad-core Snapdragon processor along with 2GB RAM and for Graphics there is an an Adreno 305 GPU too. There is a 13-megapixel camera at back with flash. And for video calling it has 5-megapixel camera too. It runs on android 4.3 jelly bean operating system with Huawei Emotion UI 2.0 on top of it. There is 16B internal storage with it. And there is not details about memory card support. It has 3000mAh huge battery that will give juice to its huge display.

As we told you not all details are available yet. So there is not details about connectivity options too. But we hope that it will comes with 3G, Wi-Fi and Bluetooth options at least.

1 comment for “Huawei announced B199 with quad core processor and 5.5 inch screen”