Expanding its Slide series, iBall has launched iBall Slide 6351-Q400i tablet. As far as specifications of the device are concerned, it is powered by a 1.3GHz quad-core processor paired with 1GB of RAM. Running Android 4.4 KitKat operating system, it features a 7-inch WSVGA display with 1024×600 pixels resolution.

The tablet comes with 8GB of internal storage which can be expanded up to 32GB using microSD card. On camera front, it sports a 2 mega pixel rear camera and a 0.3 mega pixel front facing camera. Backed up by a 2500mAh battery, it offers 3G (via dongle), Wi-Fi, Bluetooth and USB OTG as connectivity options. 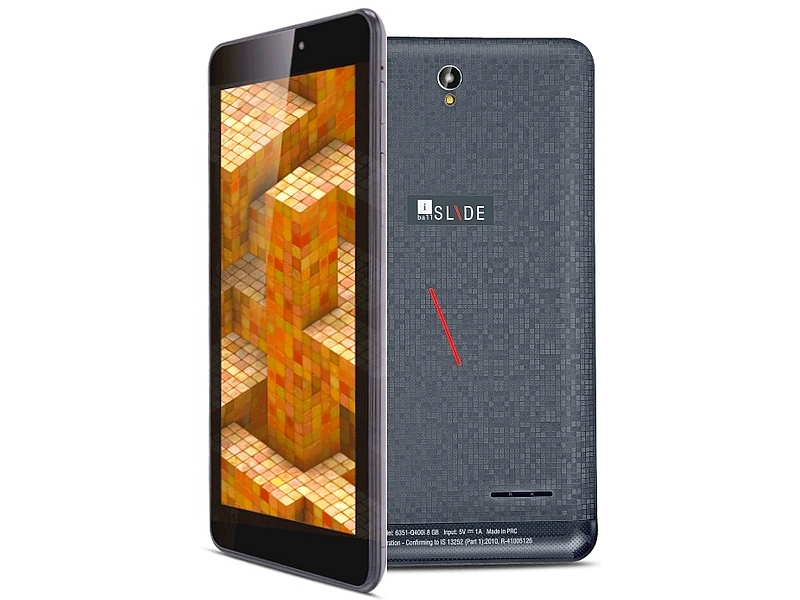 The iBall Slide 6351-Q400i is listed on company’s website, priced at Rs. 5,499 however, it is available to buy from few online retailers at much lower prices.

iBall launched its another tablet- Slide Brillante with voice-calling for Rs. 5,799 earlier this month. It is powered by a 64-bit 1GHz dual-core Intel Atom x3-C3130 processor coupled with 1GB of RAM. The tablet features a 7-inch display and runs Android 4.4 KitKat operating system. There is 8GB of internal memory onboard which is expandable up to 32GB using microSD card. It sports a 2 mega pixel camera on both rear and front ends. Backed up by a 3000mAh battery, it comes with Dual SIM (2G+3G), Wi-Fi, Bluetooth, GPS and OTG as connectivity options.

iBall also launched Andi 5U Platino smartphone with 5-inch display and 8 mega pixel rear camera for Rs. 4,599 earlier this month. you can check out specifications and features of the handset here.