LG has launched its latest flagship smartphone- LG G5 at a launch event in Barcelona, Spain along the sidelines of the MWC 2016. The LG G5 comes with a much refreshed design language which takes a huge departure from the design of the previous generation LG G4. The LG G5 comes with metal unibody design unlike LG G4 which bears leather back. It also comes with a removable bottom and features a modular design, enabling users to swap and replace components. It also comes with something LG calls LG Friends, a series of accessories which works with the LG G5. The new ecosystem of LG is called LG Playground. It includes accessories like VR headsets, speakers, camera modules etc. As for specifications, it is powered by Qualcomm Snapdragon 820 SoC and feature a 5.3-inch QHD display with 2560×1440 pixels resolution. On camera front, it flaunts a dual camera set up on the rear- a 16 mega pixel rear camera and an 8 mega pixel camera. On the front, there is an 8 mega pixel secondary camera. The device also packs fingerprint scanner which was missing on the erstwhile LG G4.

1/3rd of the display is always on to give you quick access to notifications.

Wide angle Lens. There is a cam plus modular attachment makes it a digital camera with extra battery, dedicated camera shutter and video keys.

There is also LG 360 CAM accessory (friend) which can be used to create 360 photo. 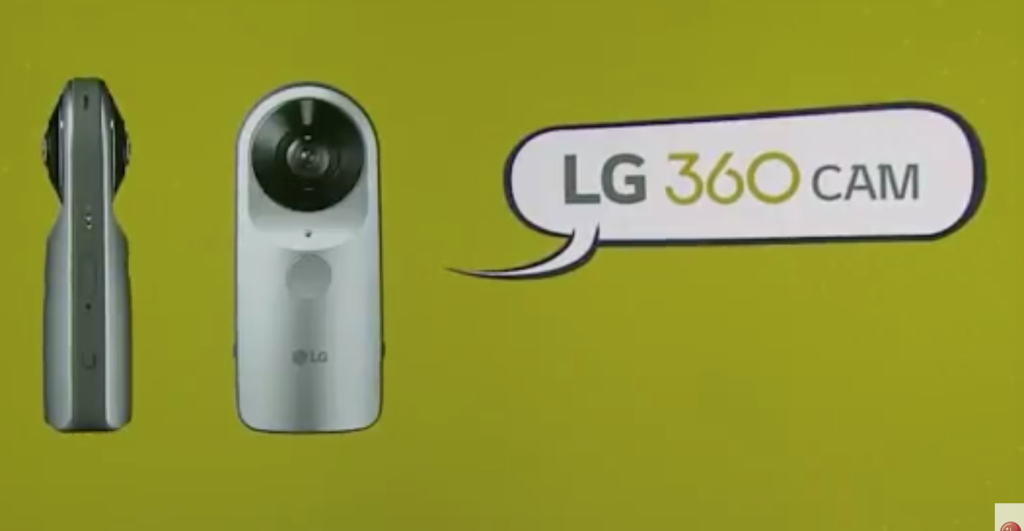 It will be available in- Silver, Gold, Pink and Titanium color options.

Up to 2 TB expansion. 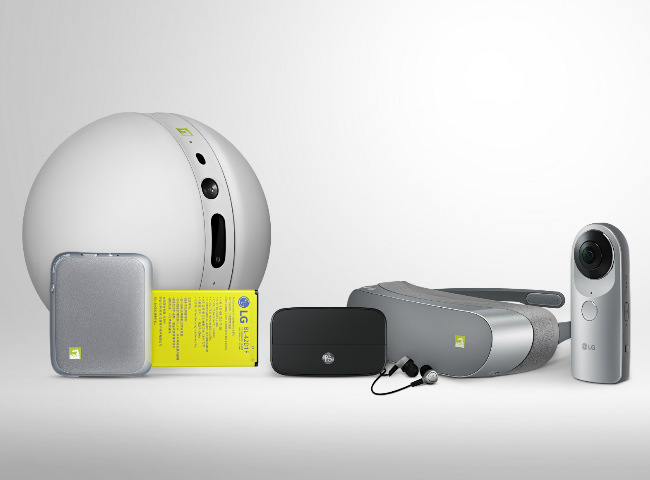 LG 360 VR has a light weight foldable design with portability and comfort much better than any competition device. 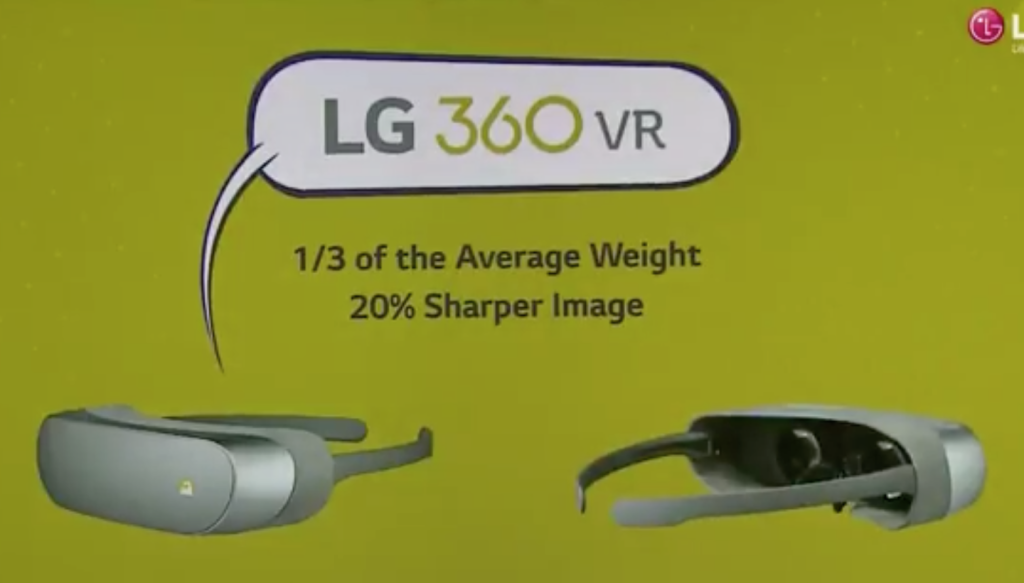 LG Rolling bot is a home robot with camera, moving motors and IR remote to control home devices via remote, keep an eye on the home or just make it play with your pet when you are not at home.