Ahead of the IFA 2019, LG has announced the successor of its K50 and K40 (unveiled at MWC this year). The new K series smartphones come with FullVision displays and military-level durability. Read more to find about LG K50S, LG K40S Price in India, Specifications, and Features 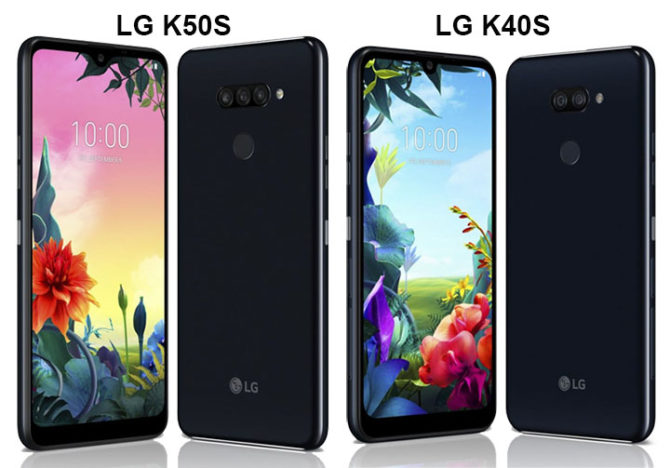 Both the LG K50S and K40S come in New Aurora Black and New Moroccan Blue color options. Sales will start for Europe, Latin America, and Asia in October this year. As of now, there is no information about its price tag.

The dual-SIM smartphones also feature a rear-mounted fingerprint sensor and a dedicated Google Assistant button. Both devices are powered by a 2.0GHz octa-core processor.

While the LG K50S sports three rear cameras, the LG K40S comes with a dual camera set up on the back. Both smartphones feature a 13-megapixel front camera for selfies and video calling.

Additionally, the DTS:X 3D Surround Sound tech simulates a 7.1-channel surround sound system. The company claims that the users will get more immersive experience when playing games, streaming movies or music via earphones.

The LG K50S is powered by a 2.0GHz octa-core processor and 3GB RAM. It is backed by a 4,000mAh battery. The 32GB internal storage can be further expanded via a micro SD card (up to 2TB).

In terms of optics, the LG K50S sports a triple camera set up on the back. It comes with a 13MP primary sensor, 5MP ultra-wide sensor, and a 2MP depth sensor. Camera features include PDAF (phase detection autofocus system) and LED flash.

In terms of optics, the LG K40S sports a dual camera set up on the back. It comes with a 13MP primary sensor and a 5MP ultra-wide sensor.

What do you think of the specs and features of the LG K50S and LG K40S? Share your views with us in the comments section below.