Micromax has created a lot of buzz before the launch of this phone before launch and had also started pre-orders on 28th of June which has generated over 4000 pre-bookings of the phone already even before announcement of price.

It has a unique feature of shake to unlock or blow air on phone to unlock the phone. There is no physical home button and the appearance is like other Canvas series phone with an improved build quality. It feel heavier and more metallic to hold in hand. It has use of metallic casing around the phone which not only makes it look better, also makes it stronger. The super sensitive screen can be used with gloves on. It also offers FOTA or firmware over the air update which allows to update to the latest phone software. 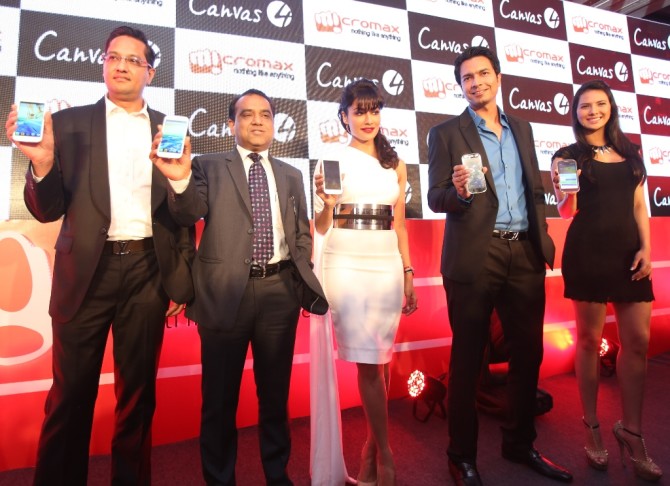 Micromax has priced it very lucrative- Micromax Canvas 4 price is Rs. 17999 and will be available in the market in second week of July 2013. It will come with a transparent flip cover with which you can use the phone even with the cover on. You can buy Canvas 4 online here. 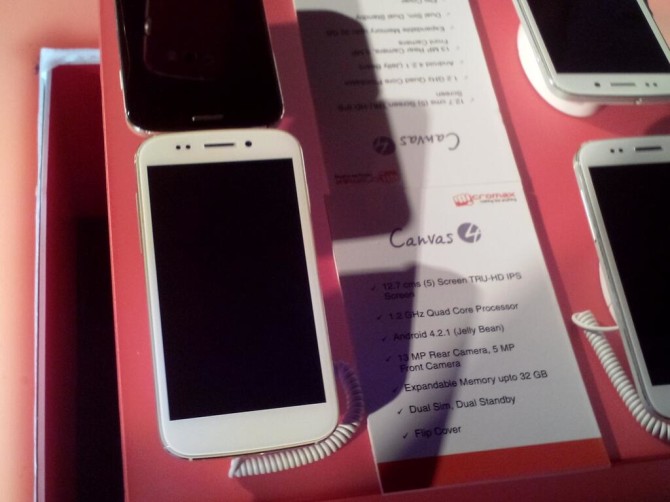 The official specification of Micromax Canvas 4 A210 are as below: 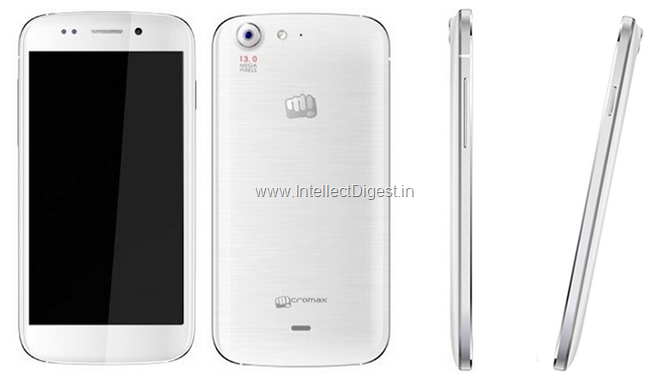