Micromax has launched yet another product in the Canvas series after the recently launched Micromax Canvas 3D A115 (see video review). This new Canvas phone is called the Micromax Canvas Doodle A111 comes with a capacitive Stylus with the phone and has a 5.3 inch display with 854×400 pixels resolution and just 9.9 mm thickness. The MRP on the box is Rs. 15999 but the street price or MOP is around Rs. 12999. The phone is available for sale online at Snapdeal already. 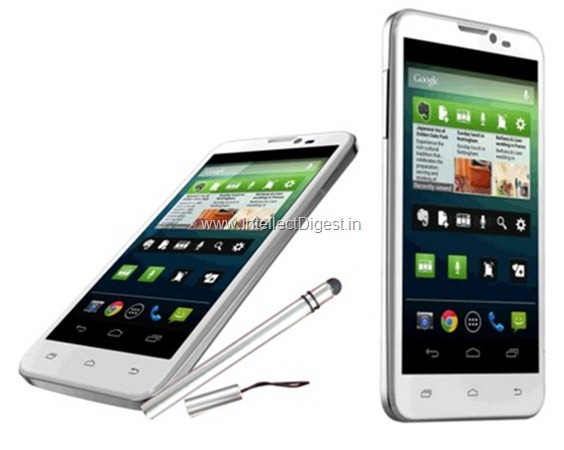 Talking of the specifications, the A111 is powered by a 1.2 GHz quad core CPU and has 512 MB of RAM, it is a dual-SIM phone which accepts two normal sized SIM cards. The rear camera on the Canvas Doodle is an 8MP camera with dual LED flash and the front one is a VGA or 0.3 MP camera.

The Stylus provided with the Canvas A111 Doodle is not a magnetic digitizer like the S-Pen on the Galaxy Note, but it is a Capacitive stylus which can be bought separately as well at prices as low as Rs. 100 or $2. Here is a video demo of a Capacitive stylus on capacitive touch screen phone. 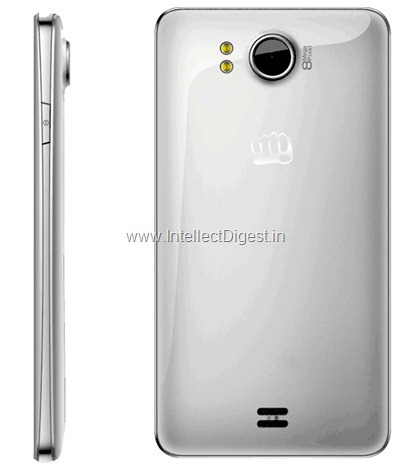 Apart from this, the internal memory is 4 GB out of which about 1.2 GB is available to the user. There is a microSD card slot for memory expansion by up to 32 GB. It runs Android Jelly Bean 4.1.2 out of the box and you need not wait for the Jelly bean update. It has a 2100 mAh battery capacity which will be necessary to keep this large phone with lot of processing power.

For connectivity, it has 3G, Bluetooth, WiFi, etc. and for entertainment, it has FM Radio and other standard features of Android like the GPS navigation, music player, video player, Google Maps and other Google services. Micromax has bundled the Evernote app with this phone which is a note making application. The Evernote and Stylus combination is what gives a different functional edge to this phone apart from the phones with the same specs in the segment. Micromax has also bundles a leather flip cover in the box to sweeten the deal. With this product, the company is trying to project it as a Note taking device and name Doodle signifies the writing and sketching capabilities enhanced by adding a stylus to this phone. Is it the leaked A110Q Canvas phone?

Stay tuned by liking our Facebook Page for detailed review of Micromax Canvas Doodle A111.