Micromax seems to be on a launching spree. After quietly launching Canvas Blaze 4G+ Q414 and Canvas Mega E353 smartphones earlier this month, the company has silently launched the Micromax Canvas Amaze smartphone. The Canvas Amaze is now available to buy via online retailer eBay.in.

As for specifications, it is powered by a 1.3GHz quad-core MediaTek MT6580 processor paired with Mali 400 MP2 GPU and 2GB of RAM. The handset runs Android 5.0 Lollipop operating system and features a 5-inch HD display with resolution of 1280 x 720 pixels. The display of the phone comes with Corning Gorilla Glass 3 for protection against scratches. 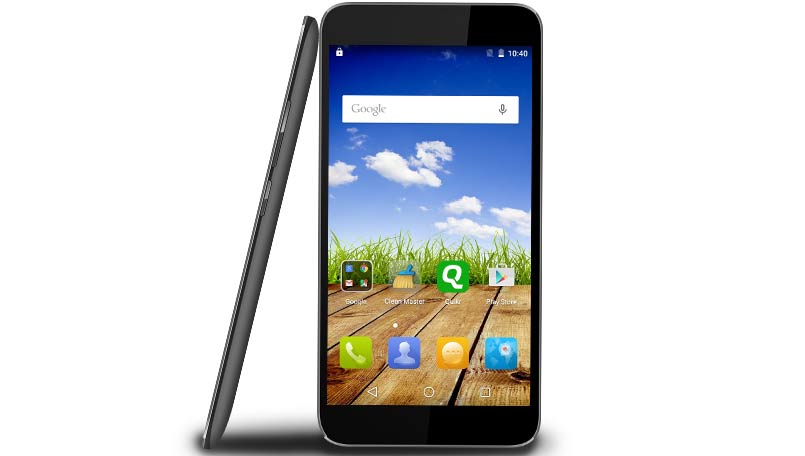 On camera front, it sports a 13 mega pixel rear camera with auto focus and LED flash and a 5 mega pixel front facing camera. The phone houses 8GB of internal memory which is expandable up to 32GB via microSD card. Backed up by a 2000mAh battery, the Canvas Amaze offers 3G, Wi-Fi, Bluetooth and GPS as connectivity options.

The Micromax Canvas Amaze is available to buy from online retailer eBay.in for Rs. 7,999. Micromax is yet to make an official announcement for the same.

Micromax Canvas Amaze is one of the few phones which house 2GB of RAM in this price range. It will compete with Xiaomi Redmi 2 Prime, Yu Yuphoria and Meizu m2. All these smartphones offer 2GB of RAM and are priced at Rs. 6,999.