Recently, Oppo launched the New Year Edition of its Oppo R17 and Oppo R17 Pro smartphones. Now, the company has launched a King of Glory Edition in the Chinese market. The new variant has been developed in partnership with Tencent Games. It only comes 8GB RAM/ 128GB storage variant. Read more to find about Oppo R17 Pro King of Glory Edition Price in India, Specifications, and Features 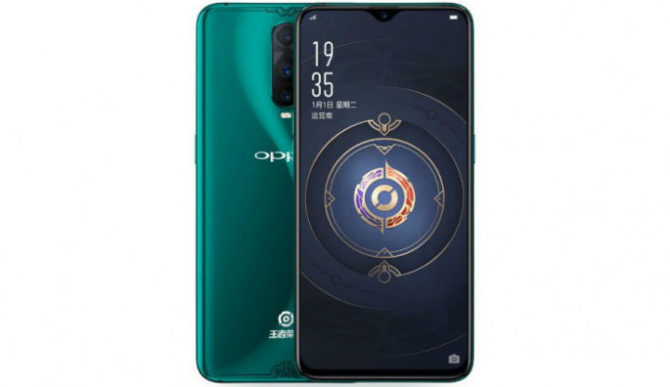 The Oppo R17 Pro King of Glory Edition is priced in China at 4,299 Yuan (approx Rs 43,982). It is now available for pre-orders via the company’s online store.

The new variant is essentially the Emerald Green version with a ‘King of Glory’ branding on the back. The new handset comes pre-installed with a special King of Glory theme (custom wallpaper) and the game itself. Other specs and features are identical to the original Oppo R17 Pro.

The Oppo R17 Pro is priced in India is at Rs 45,990. It comes in two gradient color options – Emerald Green and Radiant Mist. The dual-SIM smartphone comes with a water-drop notch on front. Additional highlights include an in-display fingerprint scanner and ‘face unlock’ feature.

The new smartphone is powered by the latest octa-core Qualcomm Snapdragon 710 processor along with 8GB RAM and 128GB internal storage. The 3,700mAh battery comes with the company’s own VOOC charging technology. Users can get two hours of talk time with just five minutes of charge.

The new smartphone runs ColorOS 5.1 based on Android 8.1 Oreo operating system. Connectivity options include 4G VoLTE, Bluetooth, Wi-Fi, and GPS. The company claims that the new smartphone can be connected to your TV to turn it into a gaming console.