Honor is all set to launch a new budget smartphone. The Honor 8A is expected to come with 6.08-inch HD+ display, octa-core SoC, 3GB RAM, and Android 9.0 Pie OS. Additional highlights include a 13-megapixel rear camera and an 8-megapixel front camera. Read more to find about Honor 8A Price in India, Specifications, and Features 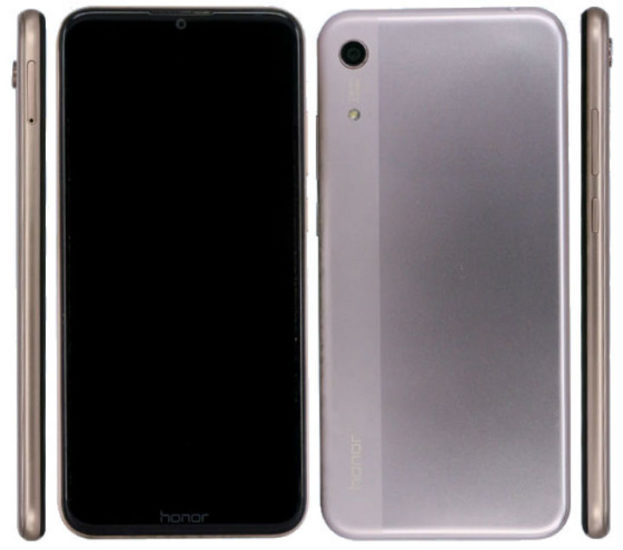 The Honor 8A will be launched in China on January 8. As of now, there is no information about the Indian price and launch date. The upcoming handset (with model numbers JAT-AL00 and JAT-TL00) has been spotted on the TENAA (Chinese certification authority) site.

As per recent listings and rumors, the upcoming handset will be powered by a 2.3GHz octa-core (ARM Cortex A53) MediaTek Helio P35 processor (based on the 12nm process) along with 680 MHz IMG PowerVR GE8320 GPU and 3GB RAM. The 32GB/ 64GB internal storage can be further expanded via a microSD card (up to 512GB).

In terms of optics, the Honor 8A is said to feature a 13-megapixel rear camera sensor with an LED flash. For selfies and video calling, the handset will sport an 8-megapixel front camera sensor. It will be backed by a 2,920mAh battery.

The upcoming handset is likely to run Android 9.0 Pie operating system with EMUI 9.0 on top. Connectivity options include 4G VoLTE, Wi-Fi 802.11 b/g/n, Bluetooth 4.2, GPS + GLONASS, and a 3.5mm headphone jack. The dual-SIM smartphone will not feature a fingerprint sensor. It might come with a Face Unlock feature.

Recently, Honor announced the View 20 smartphone with an in-display selfie cam and 48MP rear camera. The Huawei sub-brand is also expected to launch Honor Play 8 in the coming months. As per recent leaks and listings, the upcoming smartphone is powered by a 2.3GHz octa-core processor along with 3GB RAM and 32GB/ 64GB internal storage (expandable up to 128GB). It will be backed by a 2920mAh battery.

In terms of optics, the Honor Play 8 is tipped to sport a dual camera setup on the back. It combines a 13-megapixel primary sensor and an 8-megapixel secondary sensor. For selfies and video calling, the handset will sport an 8-megapixel front camera. It is expected to sport a 6.088-inch display with HD+ (1560 x 720 pixels) resolution.