Samsung is expected to launch yet another smartphone on October 11. The South Korean giant is said to launch the Samsung Galaxy A9 Star Pro. Now, the upcoming smartphone has bee spotted online with four cameras at the back. It is tipped to feature a 6.28-inch full-HD+ AMOLED display and Qualcomm Snapdragon 660 SoC. Read more to find about Samsung Galaxy A9 Star Pro Price in India, Specifications, and Features 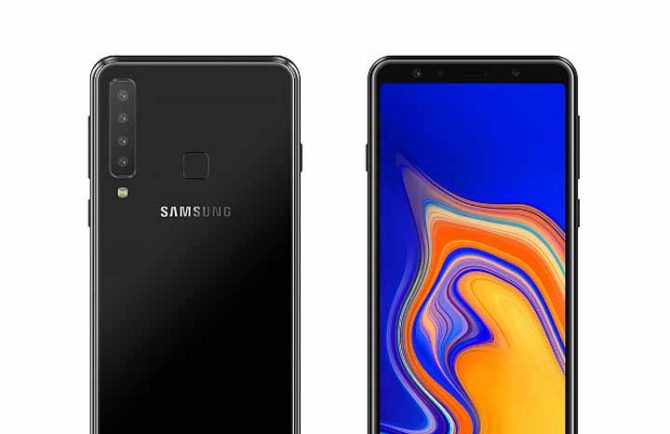 The Samsung Galaxy A9 Star Pro is expected to be unveiled on October 11 event. However, there is no information about the Indian price or launch date as yet.

As per latest leaks and rumors, the Galaxy A9 Star Pro will be powered by a Qualcomm Snapdragon 660 processor and a 3,720mAh battery. It is said to feature a 6.28-inch AMOLED display with full-HD+ resolution.

The quadruple rear camera setup is tipped to include a 24-megapixel primary sensor and an 8-megapixel wide-angle lens (with a 120-degree field-of-view). It will also have 10-megapixel and 5-megapixel secondary sensors. The 24-megapixel front camera is tipped to come with a Sony IMX 576 sensor.

Also read: Motorola One Power Launched In India – All You Need To Know

According to recent leaks, the Galaxy A9 Star Pro will feature a similar build to the Galaxy A7 (2018) with a metal finish back panel. A quadruple camera setup will be placed on the back alongside an LED flash and a square-shaped fingerprint sensor.

If the above-mentioned details are true, the Samsung Galaxy A9 Star Pro will be the first Samsung smartphone to sport a quadruple rear camera setup. Earlier this month, Samsung announced the Galaxy A7 (2018) with a triple camera setup on the back. It sports a triple camera set up at the back. It uses a 24-megapixel autofocus sensor (f/1.7 aperture), an 8-megapixel ultra wide sensor (f/2.4 aperture), and a 5-megapixel depth sensor (fixed focus, f/2.2 aperture). The 24-megapixel fixed focus front camera comes with f/2.0 aperture, Selfie Focus, Pro Lighting Mode and an LED flash.

What do you think of the quadruple camera system on the upcoming handset? Are you excited about the Samsung Galaxy A9 Star Pro? Share your thoughts with us in the comments section below.