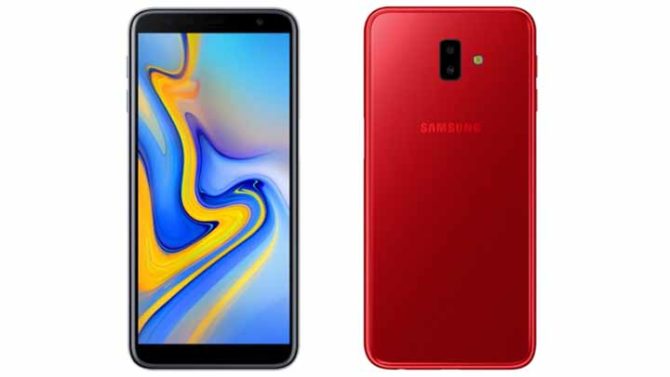 The Samsung Galaxy J4+ is priced in India at Rs 10,990. It will be available in Black, Blue, and Gold color variants. On the other hand, the Samsung Galaxy Galaxy J6+ costs Rs 15,990 and comes in Blue, Black, and Red color options.

Both smartphones will be made available via Samsung India’s retail outlets and several online channels (including Amazon, Flipkart, and the Samsung Shop). Sales start on September 25. As part of launch offers, Samsung is offering one-time screen replacement Offer at Rs. 990 (until November 11).

The new handset is powered by a 1.4GHz quad-core Qualcomm Snapdragon 425 processor along with 2GB RAM and 32GB internal storage. In terms of optics, it sports a 13-megapixel rear camera with f/1.9 aperture and an LED flash. The 5-megapixel front camera comes with a f/2.2 aperture.

The Galaxy J6+ is also powered by a 1.4GHz quad-core Qualcomm Snapdragon 425 processor along with 4GB RAM and 64GB internal storage.

The new handset sports a 6.0-inch Infinity Display with HD+ (720 x 1480 pixels) resolution and an 18.5:9 aspect ratio. It measures 161.4 x 76.9 x 7.9mm and weighs 178 grams. Sensors on the device include an accelerometer, ambient light sensor, geomagnetic sensor, gyroscope, a proximity sensor, and a side-mounted fingerprint sensor.

Also read: OnePlus 6T To Come With In-display Fingerprint Sensor – All We Know So Far

“We are making the J series even more exciting by introducing many features such as Side fingerprint, Emotify, Install Apps on SD Card, Glass finish and striking new reflective colors. Galaxy J6+ and J4+ are just what today’s millennials are looking for in their smartphone – supreme style and unmatched performance,” said Mohandeep Singh, Senior Vice President, Mobile Business, Samsung India.

What do you think of the upcoming smartphone? Which of the new features are you looking forward to? Share your thoughts with us in the comments section below.