Samsung has penetrated deep into the smartphone market across the world. Especially, since 2011, the company has acquired the name of the largest handset vendor as its smartphones started gaining scorching sales.

Though Samsung initiated the phablet category with the launch of Galaxy Note and Note 2, the high price tag of these handsets made them out of reach for many. Understanding this, several Indian manufacturers came up with budget phablets to cater to the needs of those consumers who are highly price conscious. 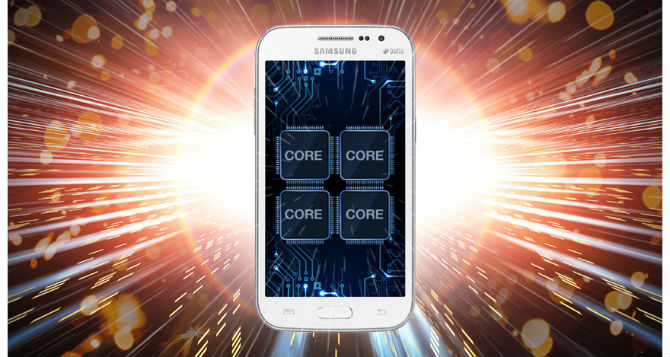 However, Samsung did not take a long time to cover the budget phablet market. Well, the South Korean tech giant launched the Galaxy Grand with dual SIM and Rs 21,500 and the handset did witness a massive success. But, there are few shortcomings in the Galaxy Grand including its dual-core processor, which Samsung has rectified with the launch of another handset.

Samsung announced the launch of Galaxy Win in China initially and then rolled out the handset to the global markets. The same handset has made its way into India as Galaxy Grand Quattro owing to the massive success of Galaxy Grand. The handset has been priced at Rs 16,900 and has some impressive features, which are listed below.

Easy Mode helps users to access primary functions such as favorite contacts, apps, dialer, and more on the homescreen with ease.

Consumers can enjoy a good camera experience with the 5-megapixel main camera in the Galaxy Grand Quattro, which boasts features such as Continuous Shot, Best Photo, Color

The user interface adds simple gestures such as smart alert, which informs users of missed events soon as they pick the handset, turn over to mute and shake to update.

ChatON connects users to their friends based on their contacts and allows them to text, share videos, images and voice messages easily.