The S8 is the latest entry in the long list of Galaxy S smartphones from Samsung. In its eighth iteration, the phone has been given a new look and powerful specs. On the other hand is the LG G6. The G range of smartphones has seen some troubles in the past. The modular G5 was a big dud in the series history. It was then that LG set out to rectify that with the G6. We have both phones with us for a camera comparison. So, without further ado, let’s get into this Samsung S8 vs LG G6 camera comparison.

Now that we have the rear camera specs of the two, we will show your their image samples. Before that, also consider that in case of LG G6, we were shooting with its regular 13-megapixel lens. This keeps both devices at par with each other and makes for a fair comparison. So, here is the image sample from both phones’ cameras for comparison. 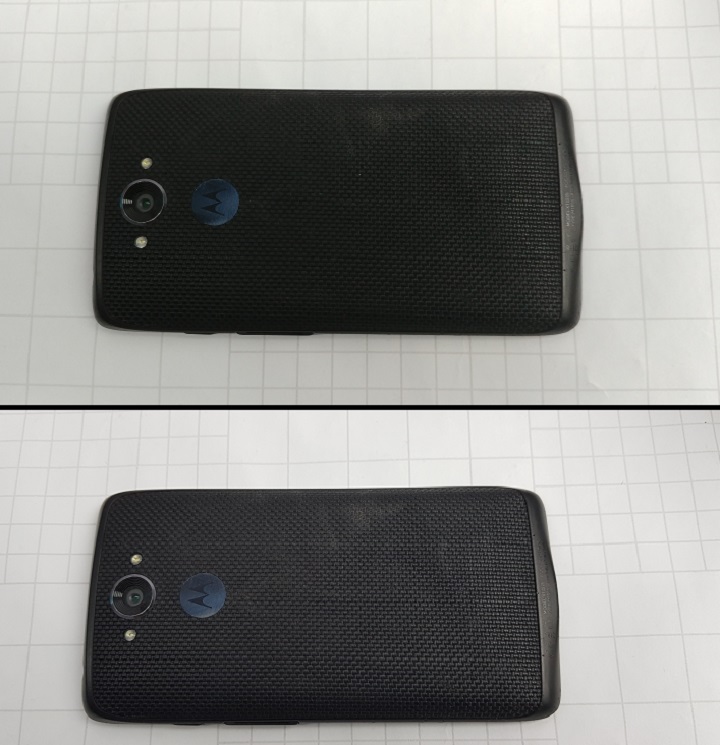 Image from LG G6 up top/Samsung Galaxy S8 image above

Both photos were taken with same settings on both phones i.e. Full Auto Mode with image resolution set at 16:9 (9.7MP). HDR was off for both phones with tracking focus on. The G6 has a wide-angle lens too. But I chose to shoot with the regular lenses to keep this comparison as accurate as possible. 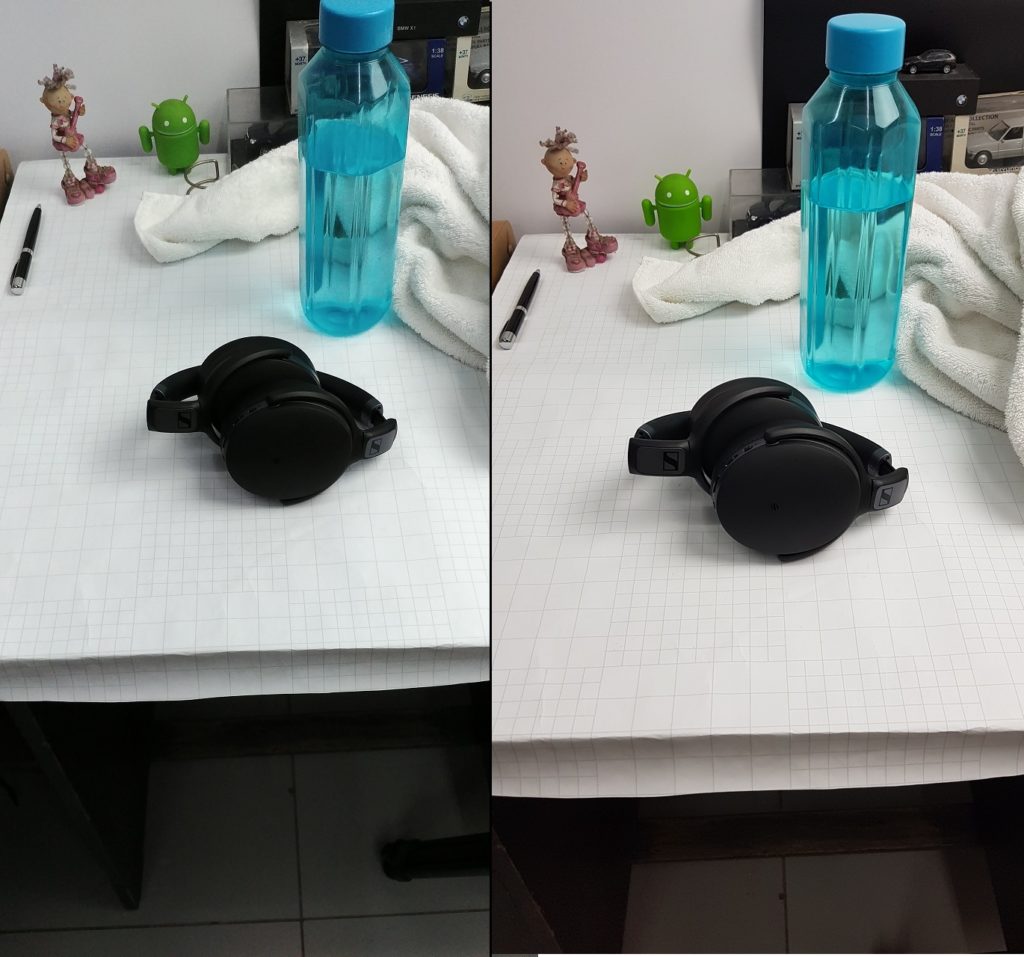 The G6’s photo is on the left and Galaxy S8’s photo on the right. Pick one, if you will.

So, if you look at the image above, you will see a few things. First off, the S8’s image looks brighter than that of G6. I’d say that’s because of overexposure (you may correct me in the comments below). However, that is a good thing and a bad thing. As the S8’s image looks brighter, it is able to reveal more details. However, the colour tone reproduction is on the brighter side. So, the phone’s real colour does not come out as nicely as it should. In simple words, colour accuracy goes for a slight toss. 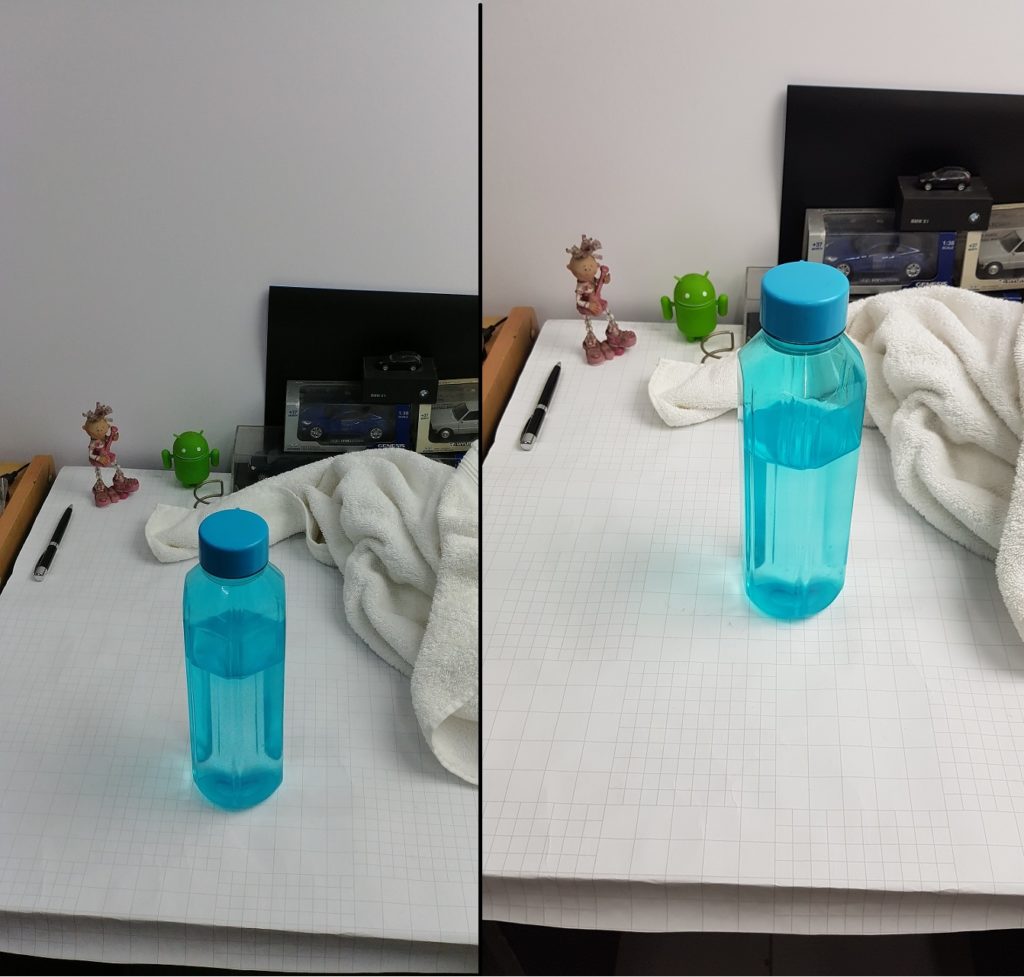 Now, on paper, the two phones’ cameras are different. The Samsung Galaxy S8 has a higher-resolution front camera than LG G6. However, the G6 can switch between camera angles on the front. No, there isn’t a dual camera setup on the front too. In order to do this comparison in a fair manner, we kept the front camera of LG G6 in regular angle mode. Below are the results of both cameras: 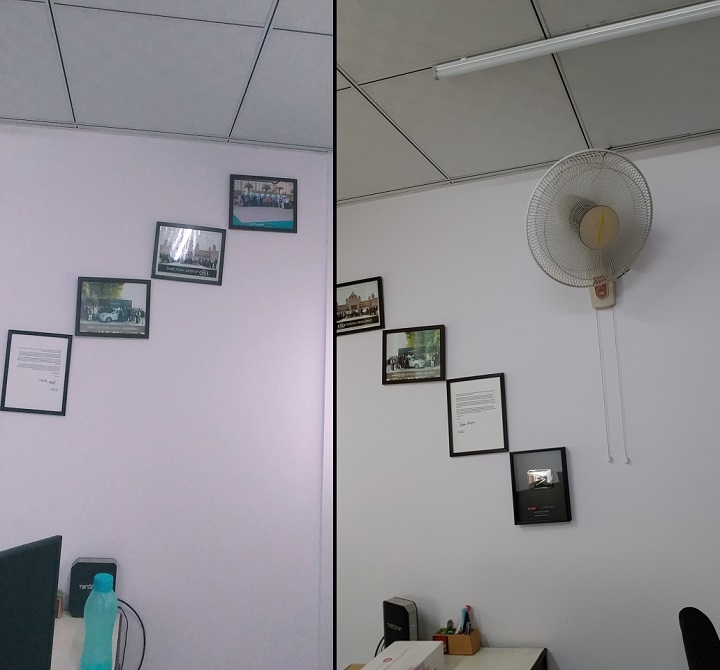 Both cameras sharpen the images quite a bit. However, the Samsung Galaxy S8 sharpens the image way more the G6. As a result, its front camera image looks crisp. One thing to note though. the colour reproduction of G6 is more vivid than that of Galaxy S8. Do note that these differences are being talked about in a comparison. Unless compared side-by-side, both phones have a great front camera. Don’t go solely on the basis of this comparison to buy either phone, if camera is your primary requirement.

In the end, while doing the Samsung S8 vs LG G6 camera comparison, I stumbled upon a fact. I showed the above photo to a colleague and he preferred the lower picture. He reasoned that it showed more detail. This is the kind of issue we have on our hand. Should we opt for a camera whose reproduction is as accurate to the thing being clicked as possible? Or should we opt for a camera that can show more details at the expense of quality?