Xiaomi has launched a new range of Y series smartphones in India. The new Xiaomi Redmi Y1 and Redmi Y1 Lite lie in the sub-Rs 10,000 segment. Both handsets offer similar specs and features with few key differences. Let’s do a quick comparison and find out. Read more to find about Xiaomi Redmi Y1 Vs Redmi Y1 Lite – What’s the Difference? 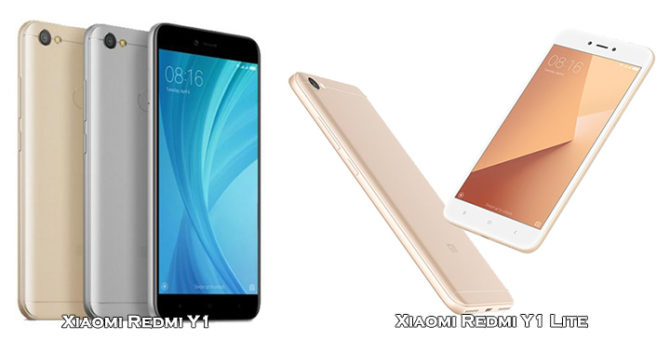 Both handsets will go on sale on November 8 via Mi.com and Amazon India, followed by retail stores.

Both Xiaomi Redmi Y1 and Redmi Y1 Lite sport a 5.5-inch display with HD (720 x 1280pixels) resolution, 1000:1 contrast ratio and 450-nits brightness. While the Redmi Y1 is powered by an octa-core Snapdragon 435 processor, the Redmi Y1 Lite comes with a quad-core Snapdragon 425 chipset. Also, the Lite model comes with only one RAM/storage variant (compared to two variants of Redmi Y1). The internal storage on both models can be expanded via a microSD card (up to 128GB).

Both handsets are backed by a 3080mAh battery. However, Xiaomi claims that the Redmi Y1 offers 35 hours of battery life (compared to 32 hours of Lite model).

On the other hand, the Redmi Y1 Lite features a 5-megapixel front camera with f/2.0 aperture (without a LED flash). Additional features on both front cameras include 36 smart beautify profiles, facial recognition, selfie countdown, and real-time beautification feature during video calls.

Both handsets feature mostly similar looks. However, only Redmi Y1 features the 2.5D curved glass design in front. While the Redmi Y1 is 7.7mm thick, the Redmi Lite variant is only 7.55mm in thickness. Both devices weigh 150 grams.

Both Xiaomi Redmi Y1 and Redmi Y1 Lite offer decent specs at affordable price. However, the Redmi Y1 model looks more attractive, thanks to its 16MP front camera and RAM/storage options. Which of the two handsets will you go for? Let us know in the comments section below.