South Korean multinational company Samsung has reportedly come out with the case renders for the upcoming Samsung Galaxy A6 and Galaxy A6 Plus. The leaked renders show that the devices are similar to the Galaxy S9 flagships. 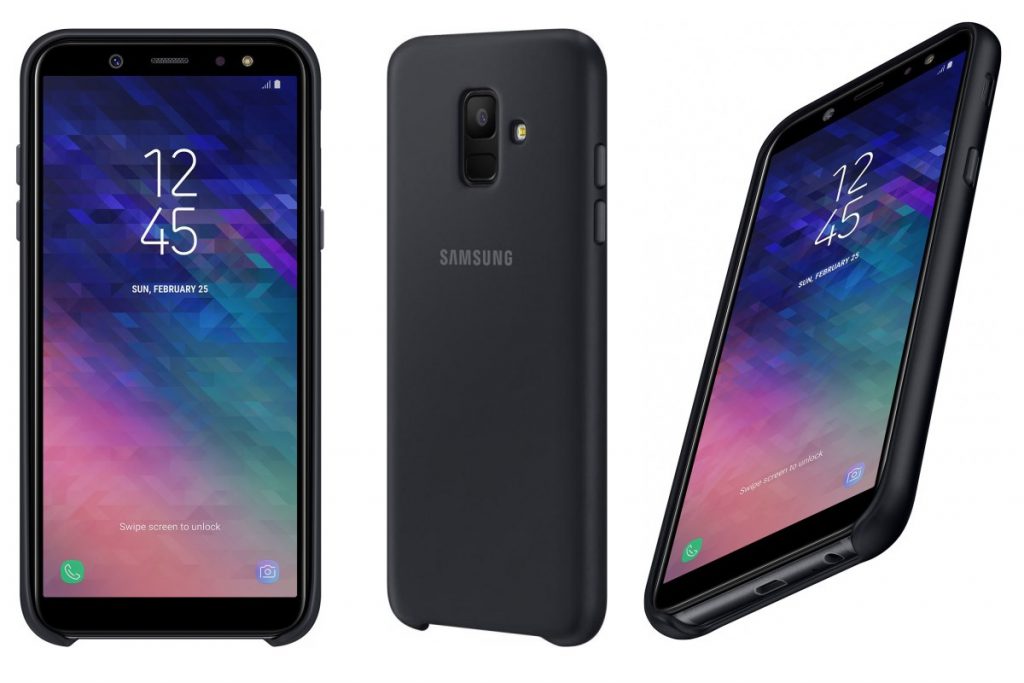 Both the smartphones are speculated to be launched in 2018. The predicted to be in the mid-budget range. Earlier, the Galaxy A6 and Galaxy A6 Plus surfaced on the Asian company’s official website.

According to alleged reports, some renders of the devices and their cases have been leaked. The renders reveal certain details about the phone’s design. It seems to be similar to the Galaxy S9 series.

Online Dutch publication Galaxy Club has leaked official case renders which reveal a set of information. The leaked renders show that the smartphones won’t come with a physical home button. They will be equipped with the InfinityDisplay and a fingerprint scanner below the camera.

The Galaxy A6 Plus seems to sport a dual-camera at the back, unlike the Galaxy A6. The smartphones also sport a 3.5mm headphone jack. The report also states that the Galaxy A6 duo will be built with Exynos 7870 SoC, coupled with 3GB/4GB RAM. 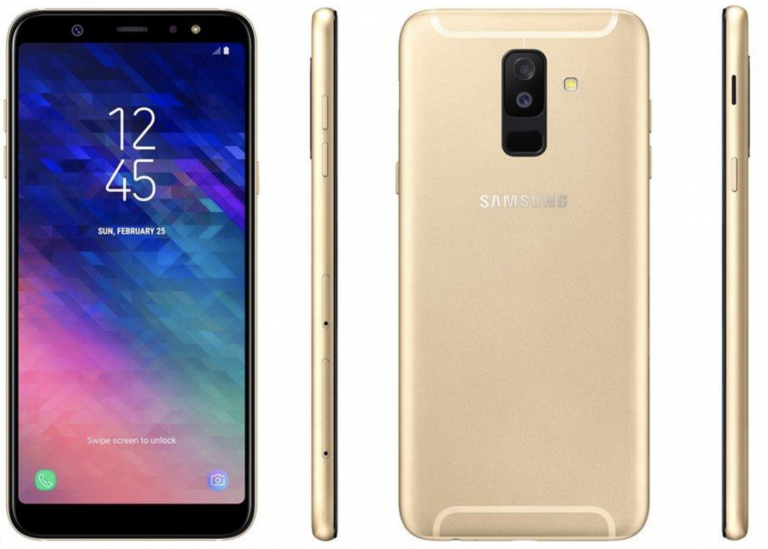 More renders have been leaked on another Dutch online publication Techtastic. According to their leaked images, the Samsung Galaxy A6 Plus has a metal unibody design and some newly designed bumpers.

The information suggests that the device will be launched in at least two colors– Gold and Blue.

The smartphones will allegedly be sold with two removable trays on the left side. This means that the A6 Plus will have a dual-SIM tray and a microSD tray. The device won’t have a hybrid SIM tray.

According to previous alleged leaked reports, both the variants will be equipped with Infinity Display. They will have a resolution of 1080×2220 pixels. It will have an 18:5:9 aspect ratio. It will also have a pixel density of 441ppi.

Samsung hasn’t officially confirmed any of the leaked renders. So it the leaks can’t be taken to be 100% reliable, as its an unofficial and unconfirmed source.